Ministry of Interior, Kaduna State To Collaborate On Security Issues 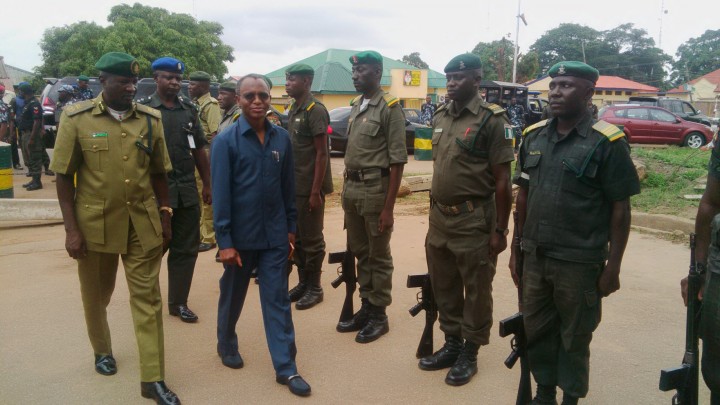 Minister of Interior, Lt. Gen. Abdulrahman Dambazau, (rtd) has said that the Ministry is exploring areas of collaboration with Kaduna State, especially in matters of prison reform as Kaduna State has one of the largest prisons in the country.

He stated this when the Governor of Kaduna State, Mallam Nasir El-Rufai paid him a courtesy visit in his office.

Gen. Dambazau (rtd) said that he would leverage on his personal relationship with the Governor to map out how the Ministry and Kaduna State could cooperate in security issues for their mutual benefit.

Speaking earlier, the Governor of Kaduna State, Mallam Nasir El-Rufai said he was in the Ministry to congratulate Lt. Gen. Abdulrahman Dambazau, (rtd) on his appointment and to discuss issues of mutual interest.

He noted that the Ministry of Interior, as the hub of internal security, is central to realizing the Change Mantra of the present administration, as improving security is one of the three-point agenda of the Government.