Over 69M Children Worldwide At The Risk of Death – UNICEF 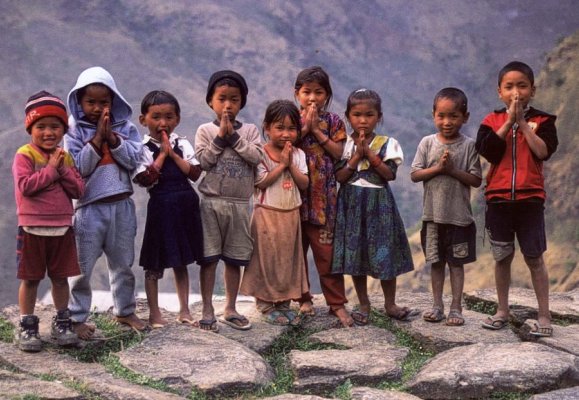 The United Nations Children’s Emergency Fund (UNICEF), reports that almost 70 million children worldwide (mostly in Africa), may die before 2030 and some 750 million women will have been married as children before that time.

This prediction is due to millions of children’s lives that are blighted, for no other reason than the country, the community, the gender or the circumstances into which they are born.

UNICEF released a report – State of the World’s Children 2016 – and the 172-page document reflected on the vulnerability of the futures of millions of disadvantaged children and their societies.

The report maintained that for governments to meet up with the Sustainable Development Goals (SDGs) by 2030, there is a need to invest in opportunities for vulnerable children and the pace of progress in the next 15 years will have to outpace that of the MDG period.

“To meet the 2030 goals, the pace of progress in the next 15 years will have to outpace that of the MDG period.

The consequences and costs of failure are enormous. In fact, if the trends of the past 15 years continue for the next 15 years, by 2030, an estimated 167 million children, the great majority in sub-Saharan Africa, will still be living in extreme poverty,” the report noted.

“Before they [the children] draw their first breath, the life chances of poor and excluded children are often shaped by inequities. Disadvantages and discrimination against their communities and families will help determine whether they live or die, whether they have a chance to learn and later earn a decent living.

Conflicts, crises and climate-related disasters deepen their deprivation and diminish their potential,” Anthony Lake, the Executive Director of UNICEF wrote in the foreword of the report.

Some of the highlighted looming concerns include that:

Almost 70 million children may die before reaching their fifth birthdays – 3.6 million in 2030 alone, the deadline year for the Sustainable Development Goals.

Children in sub-Saharan Africa will be 10 times more likely to die before their fifth birthdays than children in high-income countries.

Nine out of ten children living in extreme poverty will live in sub-Saharan Africa.

More than 60 million primary school-aged children will be out of school – roughly the same number as are out of school today. More than half will be from sub-Saharan Africa.

Some 750 million women will have been married as children – three quarters of a billion child brides.
Angola, a country that has been battling a yellow fever outbreak since December last year is yet again, on top of a log for unpalatable reasons.

In the same UNICEF’s report, Angola leads other African countries with high estimation of under-five mortality rate (U5MR) in 2015, a critical indicator of the well-being of children. The top ten countries with their values include;

This statistics raises the need for African countries to do more and take more proactive majors to safeguard the lives and the future of these children, thereby securing a future for their nations.

UNICEF  identified the wide gap between the rich and the poor in Africa has a factor that increases this risk and warned that if an urgent and decisive action is not taken, this could lead to disaster for the booming poor population and the rich minority.