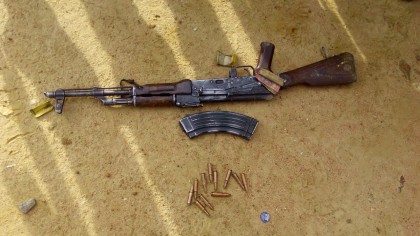 During the encounter in the forest, the troops were able to kill 3 armed bandits and recovered 1 AK-47 rifle, 1 AK-47 magazine and 11 rounds of 7.62mm (Special) ammunition. Unfortunately, the bandits shot and damaged the troops’ vehicle. However, none of the soldiers was injured.