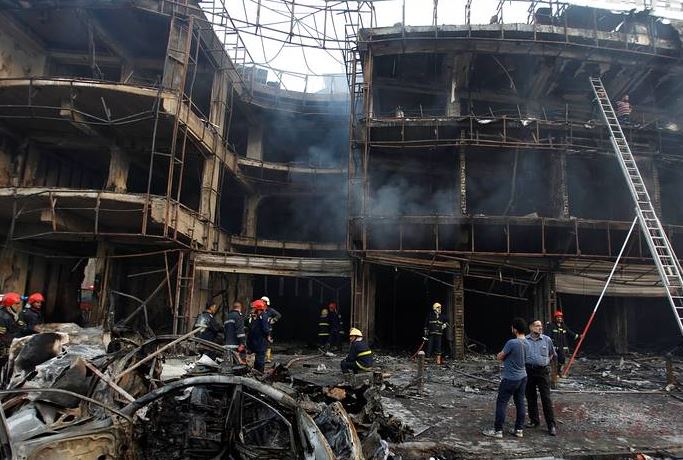 Iraqis have called for crackdown on Islamic State sleeper cells after the worst ever single bombings was experienced in the capital city, Baghdad shopping district on Saturday.

The death toll from the suicide bombing has since risen to over 150, fueling calls for security forces to crack down on sleeper cells blamed for one of the worst ever single bombings in Iraq.

Numbers rose as bodies were recovered from the rubble in the Karrada area of Baghdad, where a refrigerator truck packed with explosives blew up on Saturday night when people were out celebrating the holy month of Ramadan.

The toll in Karrada stood at 151 killed and 200 wounded by midday on Monday, according to police and medical sources. Rescuers and families were still looking for 35 missing people.

Islamic State claimed the attack, saying it was a suicide bombing. Another explosion struck in the same night, when a roadside bomb blew up in popular market of al-Shaab, a Shi’ite district in north Baghdad, killing two people.

The attacks cast a shadow over victory statements made last month by Prime Minister Haider al-Abadi’s government, after Iraqi forces dislodged Islamic State from Falluja, the stronghold of the ultra-hardline Sunni insurgents near Baghdad.