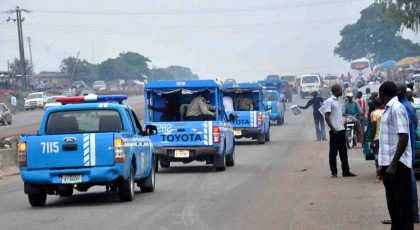 The Federal Road Safety Commission (FRSC) said it had deployed 600 patrol vehicles, 15 tow trucks, 50 ambulances, 85 motor bikes and 20,000 personnel for patrol on the highways during the Eid-al-Fitr celebrations.

This is contained in a statement issued by Mr Bisi Kazeem, FRSC Head, Media Relations and Strategy, on Sunday in Abuja.
It said that the massive deployment along designated routes was part of measures to ensure sanity on the nation’s highways.

It said that the operation would take effect from July 3 to 7, 2016, to curb road crashes in pursuant of the commission’s 2016 strategic goals towards improving road safety in Nigeria.

“This year’s nationwide exercise which is a partial fulfillment of the corps 2016 strategic goals of reducing road crashes by 15 per cent and fatality by 25 per cent, has become necessary to ensure safer road use, especially during the festive periods.

It added that FRSC operatives would be deployed along designated Eid praying grounds as part of measures to ensure free flow of traffic.

The statement noted that part of the nationwide engagement plan was a massive deployment of personnel and logistics along 23 designated critical corridors and black spots.

It listed the corridors as: Lokoja to Benin to Auchi, Abaji to Lokoja, Abuja to Keffi to Akwanga to HawanKibo to Jos, Minna to Birnin Kebbi to Sokoto to Gusau to Funtua to Zaria, among others.

The statement said that the 24 emergency ambulance response centres located at designated routes across the country would be operational.

The statement enjoined passengers to monitor their drivers and to contact the corps through toll free telephone lines, 122 and 070022553772 for prompt response.(NAN)