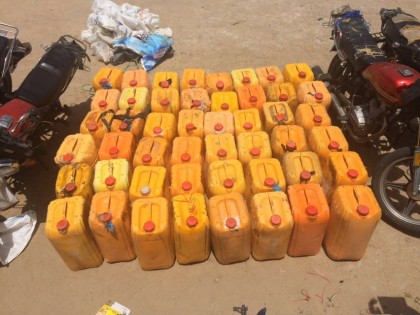 At the early hours of today, troops of 118 Task Force Battalion, 8 Task Force Division sprang a surprised ambush on some elements of Boko Haram terrorists along Gerere Junction, Kukawa Local Government Area, on the northern part of Borno State.

The Boko Haram terrorists were suspected to be fleeing from the advancing troops of 119 Task Force Battalion presently mopping the general area of Kangarwa in Kukawa Local Government Area.

However, one of the military vehicle and communication equipment were badly damaged from gun shots by the terrorists.

The troops have continued to intensify vigilance and high level of alertness following concerted efforts of clearing the remnants of the terrorists.