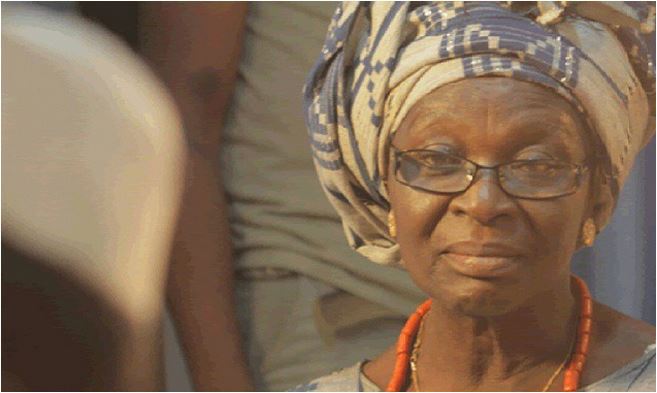 Death of Nollywood Movie icon Bukky Ajayi was announced today by family members, a day after her 82nd birthday.

Rest in Peace Bukky Ajayi.
We will never forget you.pic.twitter.com/Dgrd4whxhw

Accorrding to Sean’s written Biography of her, Veteran actress, Zainab Bukky Ajayi, loves what she does for a living with passion. She converted to Islam in the early eighties and choose the name Zainab. Her love for the theatre started as a young girl when her father used to take her to the cinemas.

“I used to tell him that one day I am going to be like one of those actresses, but unfortunately he never lived to see me become an actress,it’s a pity but that’s God’s will. When I was a very young girl,my interest was so much that I used to do a cardboard sort of cinema for children, and I used to charge them half a penny to come and watch.

“Later, the opportunity came for her to study in England. She was abroad for six years, as a Federal government scholar.She left England and came back to Nigeria after her education in 1965 and started out working in Nigerian Television Authority(NTA) as a presentation assistant in 1966.”Then we had an extremely good leader in Dr. Christopher Kolade,who was always monitoring what we do.

“Back then,we had this Thursday meeting, which all announcers all over the states must attend, and this kept all of us on our toes.

Then it was not a question of being glamorous, because unknowingly, you will be recorded off transmission the night before the meeting, the tape will now be played back on that day whilst we are having the meeting, and the best part is that, a younger person who is just coming in will be asked to criticize you, so that kept all of us on our toes.”

Afterwards,she became a presenter and then a news reader.She presented a couple of children’s programmes and ‘Nigerian’s Sketches’,a programme which was all about Nigerian culture,and Diran Ajijedidun of blessed memory was her producer.She was later transferred to Port Harcourt and later back to Lagos, and it was at that time she started her acting career.

She started with the ‘Village Headmaster’ in the 70’s,and she later got a role in Amaka Igwe’s ‘Checkmate’.She has featured in so many home videos that she has lost count.Shooting of international film Critical Assignment in South Africa, is one of the events of her life that she will never forget.”It gave me an opportunity to see how it is done elsewhere, other than Nigeria,where a movie is shot in five days.

I went round the country. I saw how a star is treated.For once in my life, I was a star, I was treated as a star, and I believe I am a star.I had my own caravan with my name on it, my own car with a driver who doubles as my security man. And on days when I am not working the car is there to take me wherever I want to go. I had a lovely time, I enjoyed it and I said to my almighty Allah that Hollywood is the next step.”

She was given Merit Award by AMCVA in 2016