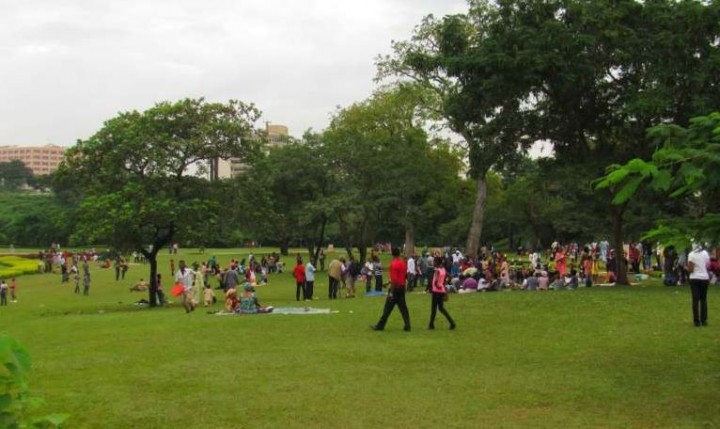 Parks and some recreational centres in the Federal Capital Territory (FCT) on Thursday recorded large turnout of fun seekers in spite of the economic hardship in the country.

Reports say that the Millennium Park and other recreational centres recorded a large turnout of fun seekers, while Magic Land (formerly Wonder Land), and some others witnessed low turnout.

Some of the respondents attributed the low turnout in some of the parks to the poor economic situation in the country.

However, Mr Godwin Amodu, the Head of Accounts and Administration, Magic Land told NAN that the turnout was relatively high due to improved security situation in the country.

“We have so far had a very good turnout, people came out very well to enjoy sallah and it’s really not bad this year.

“The slight difference is that last year, we had this tension of insecurity but this year, security has been beefed up.

“The militants have really reduced their attacks which have encouraged people to come out compared to last year.”

Amodu appealed to Nigerians to support the present government to enable it deliver the dividends of democracy.
“We should pray for the progress of the economy so that things will improve and the change they have promised us will become a reality,” Amodu said.

Mr Halilu Jega, a fun seeker who visited Magic Land with his family was grateful to Almighty Allah for the grace to complete the fast in the month of Ramadan.

Jega said he needed to bring his family to celebrate in spite the hard economic situation.

“I don’t have a choice but to bring my family to come and celebrate the sallah outside the home because that is what we owe our families.

“Although, there is no much funds in circulation in the country, but sallah must be celebrated,” he said.

Jega added that the celebration should be a time to pray for national peace and unity.

Also, the Millenium Park, Maitama was filled with fun seekers who gathered in clusters with family and friends.

Mrs Ifeoma Anika-Okoronkwo, a snacks vendor at the park recounted her loss, adding that what she made in the last Sallah was better.

“Sales and patronage of last year was far better than this year, I am counting losses instead of gains.

“I am still hoping that before the end of the day, things may get better because I have been here since 9 a.m,” she said.

She, however, prayed that the economic situation of the country would improve.

Rukaiya Abbas, a 15 years old girl, who visited Magic Land with her mother was happy she was part of this year’s celebration.

Abbas said, “seriously, I am very happy for this year’s sallah because this is the first year I am having five different clothes to celebrate with.

“I have the one I wore starting from Tuesday till the celebration ends and I really thank my parents for that.”

She urged the government to ensure effective security to lives and properties in the country.

Major roads and streets in the FCT were virtually deserted due to the public holidays.