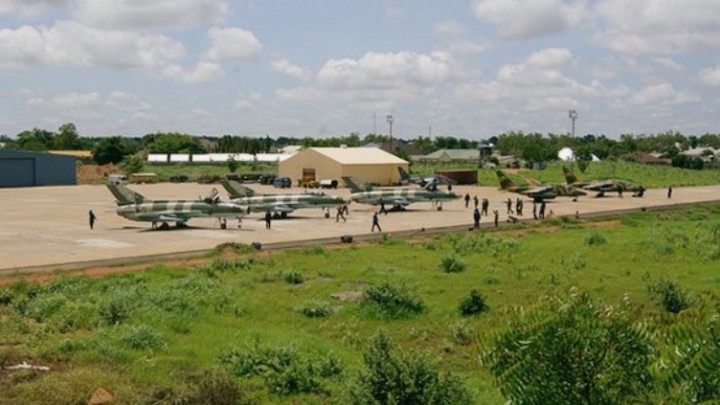 The Nigerian Air Force (NAF) says the Air Component of Operation Lafiya Dole has carried out air strikes on a Boko Haram location in Northern Borno.

A statement signed by its Director of Public Relations and Information, Group Capt. Ayodele Famuyiwa and made available to newsmen in Abuja on Friday, said the strikes represented another major success in NAF’s air campaign against the insurgents in Northern Borno.

According to the statement, the latest strike is part of the air operations conducted by NAF in support of the efforts by own surface forces and the Multi National Joint Task Force.

The statement said the location in Northern Borno “lies between Tumbum Rego and Malkonory and is about 25km from Kangarwa, where own surface forces are currently harboured.

“The location, as can be seen from the enclosed footage, harbours the insurgents’ makeshift structures and about 4 to 6 clusters of solar panels, which are used by the terrorists to power communications equipment and for lighting.’’

Famuyiwa further said the latest strike was to rid the northern part of Borno of the remnants of insurgents in an operation codenamed “OPERATION GAMA AIKI”.

The statement explained that the location had been under surveillance even before the air strike, but was reported active by a NAF Beech Craft on Intelligence, Surveillance and Reconnaissance (ISR) mission.

“Thereafter, the fighter aircraft was immediately scrambled for interdiction.

“The success of this operation is another major setback for the insurgents even as NAF intensifies air operations in the North-East against the insurgents,’’ the statement added.

The statement said that the mission was carried out amid the Sallah celebration, adding: “this brings to fore, the commitment of NAF personnel towards successfully bringing the hostility in the North-East to an end within the shortest possible time.