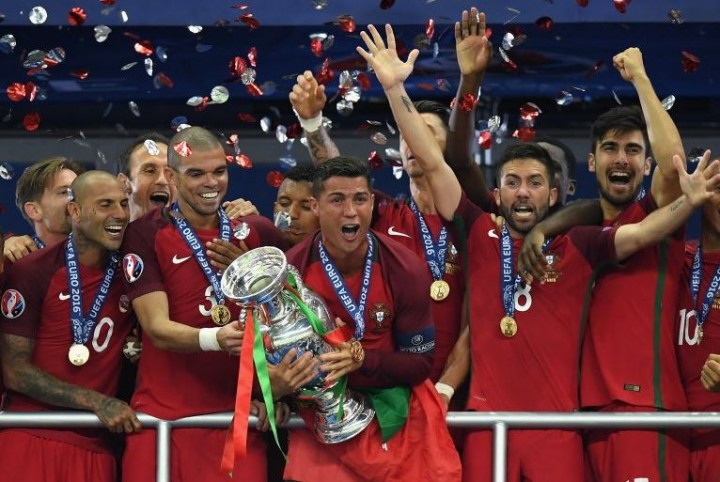 Portugal are the tenth different nation to win the UEFA European Championship, joining six other countries in having lifted the Henri Delaunay Cup once.

Portugal – who had lost the 2004 final to Greece on home soil – beat hosts France 1-0 in Saint-Denis on Sunday for their first ever major tournament triumph, Éder scoring in the second period of extra time. Greece, Denmark, the Netherlands, Czechoslovakia, Italy and the Soviet Union also have one EURO title to their name.

Only Spain and Germany, with three Henri Delaunay Cups apiece, and this year’s runners-up France have been crowned Europe’s finest more than once.

France forward Antoine Griezmann may have drawn a blank in the 1-0 final loss to Portugal but he did win the UEFA EURO 2016 adidas Golden Boot ahead of Cristiano Ronaldo and Olivier Giroud.

Griezmann, who finished with six finals goals, opened his EURO account with a 90th-minute effort against Albania on matchday two. However, it was during the knockout stage that he really started to motor.

The Atlético Madrid attacker turned the game around with two strikes against the Republic of Ireland in the last 16, added another against Iceland in the quarter-finals and then netted both goals as Les Bleus ousted Germany in the last four. Only fellow countryman Michel Platini, in 1984, has scored more than Griezmann in one final tournament.

Ronaldo was taken off injured early in the final but still took the Silver Boot with three goals and three assists to go with his champions’ medal. Olivier Giroud picked up the Bronze Boot on three goals and two assists, pipping Dimitri Payet who had the same tally but played 50 minutes more.