#Euro2016Final May Be A Showpiece Of Players Of African Descent 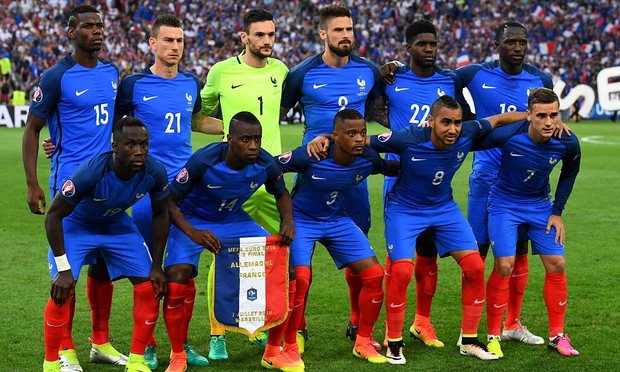 Between the hosts and their Iberian adversaries, there are 17 different players of African descent.

Migration, globalization and other socio-economic factors have led to a cross-pollination across the Mediterranean, and whichever team wins will owe it to a strong African influence.

Across the continent, while Christianity and Islam are the major belief systems, there remains an innate, almost preternatural belief in the sentience and omnipotence of ancestors.

Sport may be a wholly man-made endeavor, but its principal actors also evince their own superstitions—if N’Golo Kante, for whom the last year has been a Cinderella-style fairytale, were to mutter a prayer up to the heavens, there would likely be some surprise as to the timing.

The Africa Cup of Nations, eschewing the long pause, is held every two years, as opposed to four like the Euros. Even then, it was only last year that the council of African footballing ancestors held court and decided Ivory Coast had, through repeated disappointment and suffering, finally learnt humility. To be summoned once more in arbitration between two bands of Cushite brethren would almost be too difficult to undertake.

Indeed, one wonders just what would be the selection criteria. What cosmic logic would come into effect to decide this outcome?

After all, even across the halfway line, there are kin.

Experienced full-back Patrice Evra, who has spoken of his status a de facto team captain (goalkeeper Hugo Lloris actually wears the band) may well have been teaming up with Eliseu, Nani and Renato Sanches, a footloose trio if ever there was one, to create a very formidable core for the island of Cape Verde.

The same goes for the dynamic, hard-running Blaise Matuidi – think Garba Lawal with a better range of passing – who could’ve forged the most brutal, unforgiving double-pivot for Angola along with none other than William Carvalho. The unstoppable force and the immovable object, for once not colliding, but colluding.

Perhaps the ancestors will simply be kinder to the nation who has taken fewer gems from its shores. Portugal account for just about a third, and so can claim to have been less disruptive to the continental talent pool.

France, on the other hand, can point to the fact theirs have given back too.

Midfield crown jewel Paul Pogba, over whom a dizzying world record transfer fee is being mooted, has brothers Florentin and Mathias in the Guinean national team set-up, similar to back-up goalkeeper Steve Mandanda, whose sibling Parfait turns out for the Democratic Republic of Congo.

It’s not just the quirkiness of so many African sons contesting a European final that’s noteworthy, of course. More than a few have been absolutely vital.

Nani is Portugal’s top scorer in the tournament with three, the same number as team captain and talisman Cristiano Ronaldo. 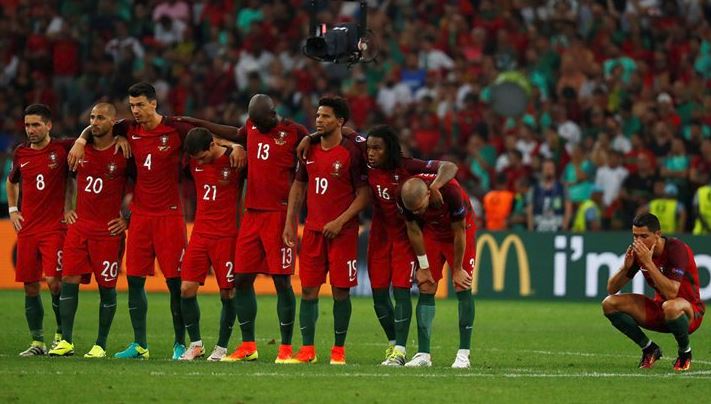 Without the sparkling displays of Dmitri Payet in the group stage – the Reunion-born playmaker, finally catching the eye as his physical sun sets, played with the urgency of a man on a mission to make up for lost time – France may not have made it this far.

His winner in the opening game against Romania, in particular, was a work of art.

Of the 17, no fewer than nine look certain to start in Paris on Sunday.

It is hard to think of any international tournament decider ever more dominated by players with ties to a whole other continent.