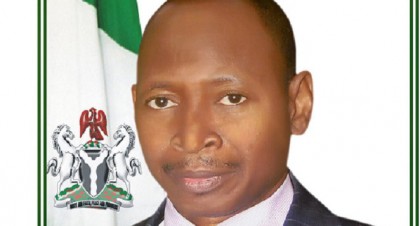 Ahmed Idris, Accountant-General of The Federation

The Accountant-General of the Federation, Mr Ahmed Idris has said that his office was carrying out a forensic audit of federal government’s agencies to access true state of their revenue generation.

This was contained in a statement made available to newsmen on Wednesday in Abuja by the Director of Press, office of the AGF, Mrs Kenechukwu Offie.

According to the statement, Ahmed had engaged the services of 18 professional Audit companies to undertake the Process Audit of the Federal Parastatals and Agencies.

According to the acting Chairman of FRC, Mr Victor Muruako, many agencies under-declare their revenue, therefore fail to remit 80 per cent of their operating surplus into FG’s Consolidated Revenue Funds.

FRC had gone after the Nigeria Ports Authority, (NPA) Security and Exchange Commission (SEC), National Agency for Food and Drug Administration and Control (NAFDAC) and the Nigeria National Petroleum Corporation (NNPC), with success.

Idris said that the audit would also cover capital, personnel and overhead expenditure across all Federal Government’s Ministries, Departments and Agencies.

He said this would enable the Federal Government take better decisions, in view of the dwindling inflow of Government revenue.
He said the first phase of the assignment was divided into two categories and will involve 33 Agencies.

The AGF said some of the terms of reference given to the Consultants was to review the sources of revenues accruing to the organisations and the effectiveness of revenue generation and accounting.

“Undertake a critical review of the financial statements of the organisations over the last five years, confirm the sources and quantum of funding received from Government, whether loans, subventions or grants and reconcile with treasury records.

“Study in detail the enabling laws establishing the organisations with a view to identifying possible constraints and areas of improvement
“Determine the amount of remittances made to the Consolidated Revenue Fund (CRF) over the last five years in the form of operating surplus and revenue dividends.

“Determine the extent of compliance with extant regulations regarding the adequacy and regularity of remittances to the CRF.

“Identify all income and interest thereon and make adequate recommendations on the future management of the organisations,” he said.

Ahmed said the consultants were to establish the cost of operations and make appropriate recommendations to understand real personnel cost and cost associated with revenue collection or revenue sharing arrangement.

He assured the consultants of the support and assistance of the OAGF in discharging their duties.
He said however, that their activities would be closely monitored by experienced staff of the OAGF to ensure that ”government gets value for money”. (NAN)