Dangote group to create 210,00 jobs in the agricultural sector 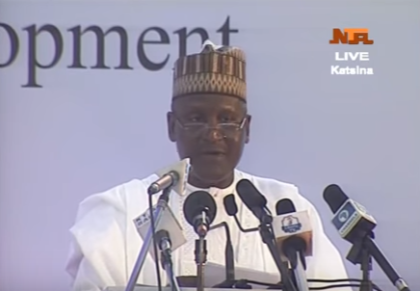 NAN(Abuja): Dangote Group of Companies on Tuesday said the organisation would create 210,000 jobs for the unemployed Nigerians in agriculture between now and 2018 in agricultural sector.

The Chairman of the Group, Alhaji Aliko Dangote, said this in Katsina in a goodwill message at the opening of Katsina Economic and Investment Summit.

“So, we should pay attention to the agricultural sector for investment opportunities, particularly when the crude oil is now becoming unreliable,’’ he said.

He said Brazil, which had same peculiarities with Nigeria, had $350 billion in its foreign reserve. adding that 80 per cent of the fund was from agriculture.

“Brazil is now a leading producer of sugarcane, soya beans, wheat and poultry in the World,’’ he said.

Dangote also said that he would establish the largest single refinery with the capacity to produce 650,000 barrels per day and two subsea pipelines of 550 kilometers in Delta, Ogun and Lagos.

The chairman said that he would assist government to reduce pipeline vandalism as well as provide 12,000 megawatts of power.

He called for the creation of enabling environment for investors by identifying areas with comparative advantages.

“You don’t need to call for investors, just create enabling environment for the local ones, you will see the foreign ones gate crashing,’’ he said.