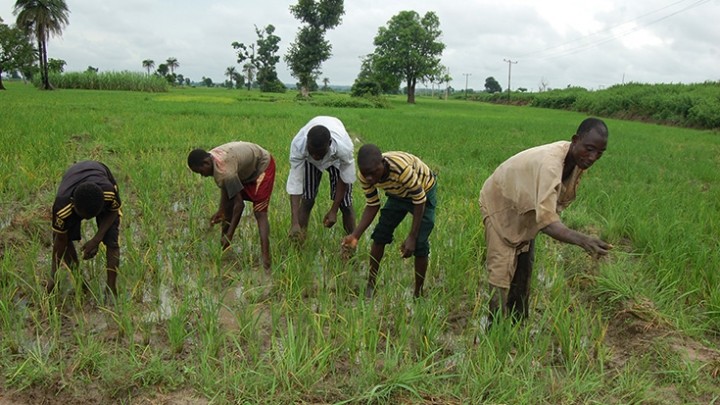 The World Bank has approved the disbursement of N1.55 billion to Bauchi FADAMA III Project for execution of two agriculture programmes during the 2016 cropping season.

Garba explained that N600 million was additional financing to Fadama III projects for the production of rice and sorghum. He said that 4,000 rice and sorghum farmers across the state would benefit from the project.

Garba said that under the project, farmers would be given fertilizer, chemicals, seeds, sprayers and other inputs to enable them participate in the programme.

Garba said that the balance of N950 million was for the “North East Food Security and Livelihood Support Project for IDPs.”

He said that under the project, the IDPs would be given lands by the host communities while Fadama III would provide seeds, fertilizer, chemicals and other inputs to enable them produce assorted foods.

“The state government is expected to pay counterpart fund of N35 million to enable it access the N600 million.

“It is also expected to pay another counterpart fund of N20 million to enable it access the N950 million,” he said.

According to him, Fadama III is expected to run the two projects concurrently adding that Fadama Headquarters, Abuja, has already approved the funding of business plans earlier submitted by the farmers.

The development objective of Third National Fadama Development (Fadama III) Project for Nigeria is to sustain ably increase the incomes of fadama users. Overall progress toward the achievement of the project objective is satisfactory. The last Implementation Status Report rated both Project Development Objective (PDO) and IP satisfactory.

All the states have disbursed to most of the Fadama Community Associations/ Fadama User Groups (FCAs/FUGs) whose capacities have been built to implement community sub-projects. Over 4,000 productive rural infrastructure have been constructed in the fadama communities all over the federation while the 52,713 Fadama User Groups (FUGs) registered have acquired a total of 58,758 productive assets.

These are significant outputs and progress towards achievement of the project objectives. About thirty identified innovative activities have been introduced into the project implementation across the states. These activities increase the level of benefits to FCAs/FUGs, enhance the achievement of the PDO and also ensure sustainability of subprojects.

These innovative activities can be categorized as collaboration / partnership and sole initiatives. Such collaborations are with research institutes, farms etc. The sole initiatives include bio-gas production, improved use of ICT services etc. The project has taken commendable steps to ensure inclusive and equitable community participation at the FUG and FCA levels, thus addressing the issues of gender and governance. Steps are also being taken to strengthen the feedback loop between beneficiaries, facilitators and State Fadama Coordination Offices (SFCOs).

To enable this, hotlines have been established to allow beneficiaries to report to SFCOs any cases of concerns or complaints on sub-project implementation. The relocation is to move funds from the unallocated category to civil works, goods and more.