Speaker Yakubu Dogara of the House of Representatives announced Dawaki Mustapha as the new Chairman of the House Committee on Appropriations over Abdulmumin Jibrin. This action was taken over the controversial padding of the 2016 budget which caused the slow-down of its passage. 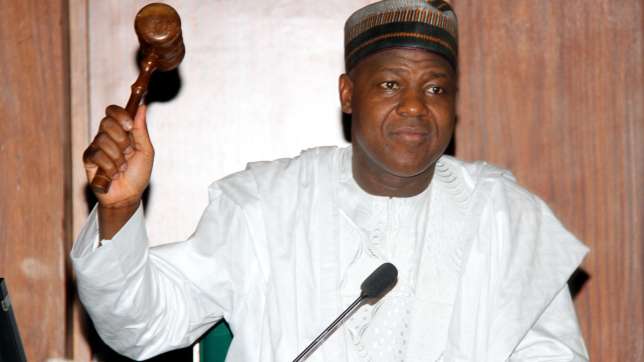 Sitting yesterday 20th July, Speaker Dogara announced and make a swift replacement of Dawaki Mustapha, a representative from Kano State to replace him.

From the report gathered, Mr. Jibrin was alleged of smuggled some fictitious items into the budget without consultation with other committee members and members of the House. As committee chairman, Mr. Jibril provoked a huge controversy when his committee unilaterally removed funds budgeted for construction of the Lagos-Calabar Coastal Railway.

The ousted committee chairman also reportedly inflated the 2016 budget by as much as N4billion.

In a swift reaction to his removal, Mr. Jibrin told reporters today at a press conference that he was neither sacked nor forced to resign by anybody. He claimed that he resigned his position as chairman of the committee out of his own volition and after consultation with his family. He also asserted that he had not committed any illegality regarding the 2016 budget, pledging to address some issues related to the budget impasse at an appropriate time.

Mr. Jibrin told reporters that he was not guilty of padding the budget. “The appropriation committee did not write the budget for the National Assembly. If there is anybody who has evidence against me, let them come up with it or submit to the appropriate institution. But as I am talking to you now, nobody has come up with anything against me,” said the former committee chairman.

He stated that he took responsibility for everything that has happened, adding that he was not concerned by what others may say.

The passage of the 2016 budget proposal suffered a major setback at the National Assembly following the discovery of discrepancies by lawmakers.

The reported padding of the budget by lawmakers made President Muhammadu Buhari to withhold his assent to the budget.