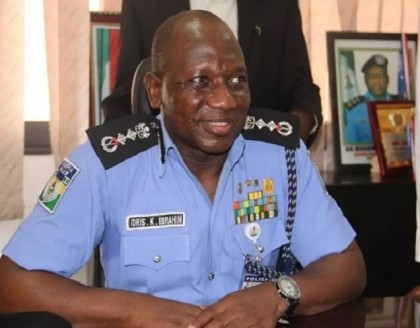 While at the Naval Headquarters, Ag.IGP Ibrahim Idris expressed his pleasure at the warm reception accorded him and his entourage. He stressed the need for collaboration and fraternization between both agencies, especially in the area of training Maritime Police personnel so as to keep Nigerian Waterways safe. He further stated the intention of the Nigeria Police Force to procure house boats that would be manned by maritime Policemen in order to effectively curb the menace of pirates and terrorist attacks in the Niger Delta. The IGP concluded his remarks by emphasizing the need for the Nigerian Navy to always have confidence in the Nigeria Police Force, as cases handed over would be diligently and expediently prosecuted.

The Chief of Naval Staff while responding to the IGP’s remarks, congratulated him on his appointment and promised to sustain the usual cooperation accorded the Nigeria Police Force in the past. He further stated that in a bid to extend a hand of fellowship to the Nigeria Police Force and effectively curb crime, the Nigerian Navy had recently trained forty (40) Police officers on maritime operations and also made sharing of intelligence a priority. In his final remarks, the Chief of Naval Staff acquainted the IGP with the burden born by the Navy while safe guarding vessel and barges that are subject of prosecution by the Police. He urged the Police to support the implementation of operation Delta safe.