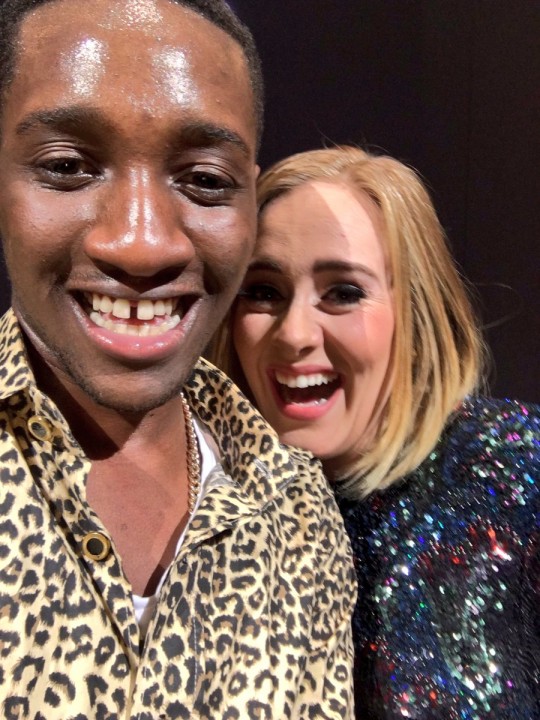 Music Super Star, Adele,while performing in Vancouver Thursday night, July 21, invited one her superfan from Nigeria on stage in which his flight to see her perform turned out to be a Flight “Worthwhile”.

She learnt on stage that the superfan flew from Nigeria to Vancour to see her performance.

“It’s going to be a very emotional night,” he tweeted before the show. Sure, he was right.

Halfway through the concert, Adele pulled him on stage and after letting her know he flew all the way from Nigeria, she went for a hug, they both leaned in for a kiss on the cheek, probably, but ended up being an awkward half-kiss on the lips.

“Oh my god, I haven’t been kissed by another man in like six years!”

“He just snogged me!”

“Thank god my man ain’t here,” Adele joked about the incident and laughed it off.

“After the kiss I literally lost it,” he wrote on Twitter afterwards, adding that he’s “very lucky, very blessed.”

They both crowned it up with an unforgettable moment with a selfie.

NEWER POSTFull Update In The Fight Against Boko Haram Terrorists In The Northeast
OLDER POSTJudge To Continue With The N3.1bn Fruad Trial Of Suswam