Wife Of The President Donates Items To Less Privileged In Pankshin 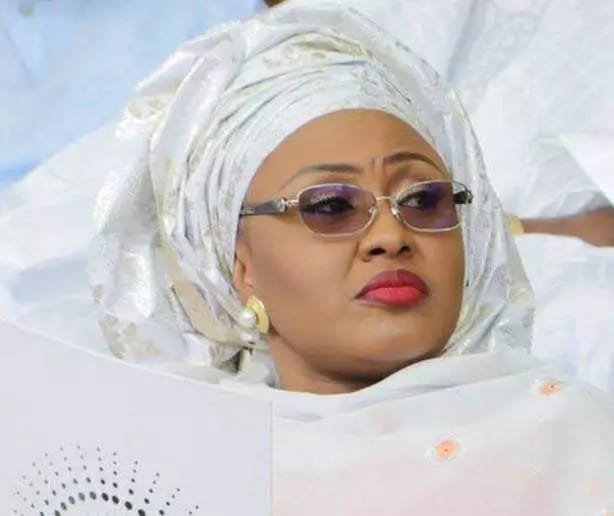 The Wife of the President, Mrs Aisha Buhari, on Thursday donated materials worth millions of Naira to more than 500 less privileged persons in Pankshin Local Government Area of Plateau.

The beneficiaries include widows, orphans and the physically challenged who gathered in the council for the materials.

Some of the materials donated include bags of Semovita, Wheat Flour and cartons of Spaghetti and Indomie noodles as well as cash presentation.

Represented by the Council’s Management Chairman, Mr Stephen Jings, the wife of the president explained that the gesture was out of her desire to alleviate sufferings of the less privileged in the country.

“This Government is not ignorant of the plights of the less privileged in the country and as such it has decided to reach out to them in its own little way.

“It is my belief that these materials donated to you will go a long way in cushioning the effects of your plights or the difficulty you are facing, ’’ she said.

Buhari tasked the recipients to rise to the challenge and get engaged into trades that would help generate some income for their upkeep.

Speaking on the occasion, Mrs Alice Dimlong, Member, Plateau House of Assembly representing Pankshin North Constituency, called on other well meaning individuals and philanthropists to emulate the First Lady and assist the poor.

Dimlong described the APC-led administration as government of the poor and would continue to touch the lives of Nigerians as part of dividends of democracy.

Responding on behalf of the recipients, Mrs Hannatu Golit, a widow, thanked Buhari for the gesture, which she described as the first of its kind in the history of the council.

“We have never experienced this kind of show of love and concern from a First Lady of the country,’’ Golit said.

NEWER POSTJudge To Continue With The N3.1bn Fruad Trial Of Suswam
OLDER POSTSaraki Describes Late Oluwatayo As A Selfless Lawmaker