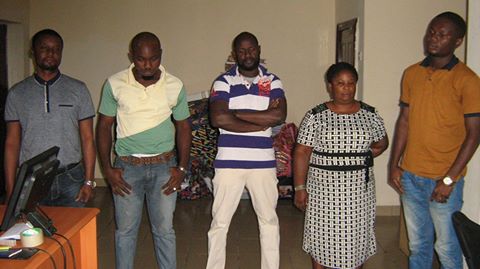 This was stated in a press release issued by the commission’s spokesman, Wilson Ujuwaren in Abuja.

The suspects were arrested on 26 April, 2016 at Anyako waterside in Sama Community, Asari Toru Local Government, Rivers State by troops of the 130 Battalion of the Nigerian Army. At the point of arrest, the suspects were in possession of a locally constructed metal tank, housed in a Man Diesel truck with registration number SOKOTO XA 614 BDN to convey illegally refined Automotive Gasoline Oil (AGO) concealed in poultry feeds. ‪

In a related development, a three day Inspection and Assessment Techniques training for National Lottery Regulatory Commission, commenced on July 27, 2016 at the EFCC Academy, Abuja. Participants were taught on the rudiments of Ethics, EFCC Acts, and other laws and Lottery violations.‪