Remain Focused Until Insurgency Is Brought To A Conclusive End – Buratai, COAS 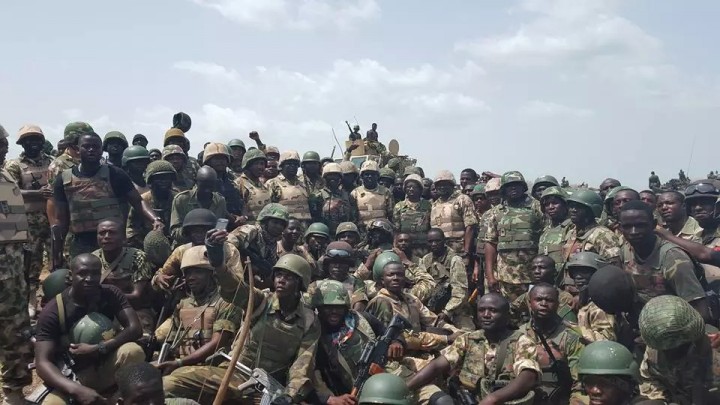 The Chief of Army Staff, Lt.-Gen. Tukur Buratai, has charged every Combat Unit in the Nigerian Army to remain focused “until insurgency in the North-East is crushed”.

He also charged the units to explore the best ways of carrying out their roles by emphasising synergy so as to maximise scarce resources.

Buratai noted that the battle against insurgency in the North-East had thrown up a lot of challenges, but expressed satisfaction that the efforts were yielding positive results.

“We should not rest on oars until the counter-terrorism and counter-insurgency operations are brought to a conclusive end and peace restored to the region and entire country,” he said.

He described the theme of the training, “Countering Assymetric Warfare in the 21st Century: The role of the Combat Support Arms”, as apt, pointing out that it was in line with his vision for a professionally trained army for effective discharge of its constitutional roles.

NAN reports that the army chief had earlier paid a condolence visit to the family of the late Borno elder statesman, Alhaji Shettima Ali Monguno, as well as the Shehu of Borno.