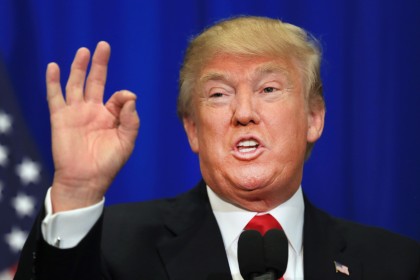 Donald Trump on Wednesday denied any relationship with Russia, in response to claims that Moscow had hacked into the Democratic National Committee’s email system and leaked emails that could benefit the Republican presidential candidate.

The emails cast a shadow over the Democratic convention that started Monday by raising questions about the impartiality of the party in the primary process.

DNC chairwoman, Debbie Wasserman Schultz was forced to step down after the emails revealed a bias towards Hillary Clinton over rival Bernie Sanders.

U.S. intelligence agencies reportedly believe Russia was behind the DNC hacking after the documents were published by WikiLeaks on Friday.

Trump, the Republican nominee, said the idea he was politically linked to Russia or the DNC hacking was “ridiculous.”

“It’s simply because it shows how little respect they have for our country,” Trump said at a news conference.

Clinton has been involved in a separate controversy over her use of a private email server while secretary of state and Trump also sought to involve Russian intelligence agencies in that case.

“Russia, if you’re listening, I hope you find the 33,000 emails that are missing [from Clinton’s server].

I think you’ll be rewarded mightily by our press,” he said.