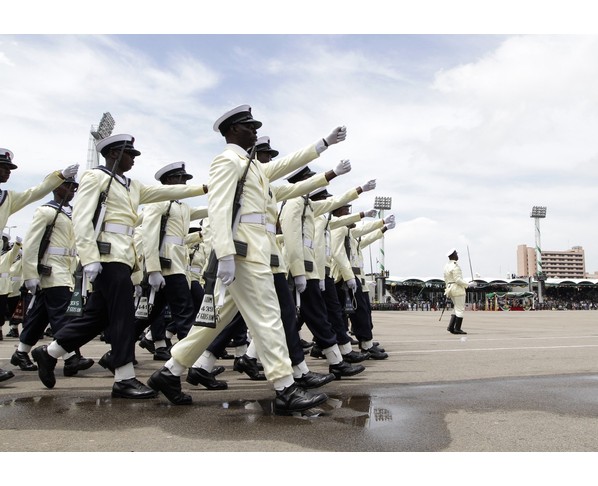 The attention of the Naval Headquarters has been drawn to a news report titled “Chief of the Naval Staff faces sack for rejecting illegal recruitment list from Mamman Daura”. The report was published on Tuesday 26 July 2016 by an online medium going by the name vaxity.com. After a thorough scrutiny of the publication, it was evident that this is one of the many attempts to disparage and scandalize the current efforts of the Federal Government to eliminate all forms of corrupt tendencies in our national life.

The Naval Headquarters therefore wishes to reiterate that the news report is false, mischievous, malicious and is intended by its sponsors to create disaffection among the citizens as regards the conduct of the Nigerian Navy Recruitment Exercise. Members of the public are hereby adviced to disregard this report.

In another development, the anti-crude oil theft operations of the Nigerian Navy have yield more positive results. This time, patrol team deployed by NNS DELTA, naval base in Warri raided an illegal refinery at Asiagbene community in Warri South West Local Government Area of Delta State. Four large GP tanks laden with about 10,000 liters each of product suspected to be illegally refined AGO was destroyed.

Additionally, patrol team deployed by NNS PATHFINDER in Port Harcourt, Rivers State has raided and destroyed 2 active illegal refinery sites around Ogu Bolo in Rivers State. During the raid, 6 Storage tanks each containing 60,000 liters of suspected stolen crude and 2 speed boats carrying 15 drums each of illegally refined AGO were destroyed. The patrol team also destroyed a barge laden with about 120,000 liters of suspected illegally refined AGO.

Finally, the upsurge in criminal activities via the numerous waterways in the hinterland are often tagged as being perpetrated by militants with an accompanying call on the NN to act. The NN however wishes to state that while it identifies with the concerns of the citizens in the affected areas, the NN’s statutory mandate does not cover most of these areas and that there is a need to treat each incident on a case by case bases using the Nigeria Police and other security agencies as the driving force to secure life’s and property within the hinterland.