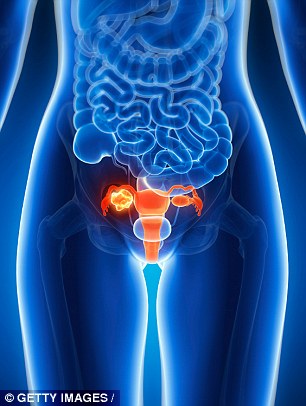 The subject of determining what ovarian cancer is was again brought to the fore front this week with the story of Mayowa Ahmed. Ovarian cancer is a dangerous type of cancer, but which is treatable.

According to WebMD, Ovarian cancer warning signs include ongoing pain or cramps in the belly or back, abnormal vaginal bleeding, nausea, and bloating. Depending on the cancer stage, ovarian cancer treatment includes surgery and chemotherapy.

– Frequent bloating.
– Pain in your belly or pelvis.
– Trouble eating, or feeling full quickly.
– Urinary problems, such as an urgent need to urinate or urinating more often than usual. 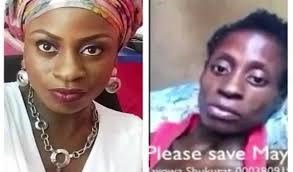 They start suddenly.
They feel different than your normal digestive or menstrual problems.
They happen almost every day and don’t go away.

Other symptoms that affect some women with ovarian cancer include:

But these symptoms are also common in some women who don’t have ovarian cancer. However, if you notice any of patterns above, please call your doctor.

A story in dailymail recently inferred that Ovarian cancer could be detected before it spreads and becomes deadly, scientists claim. An enzyme which is key in making the cancer attack different parts of the body has been identified.
And experts also believe they have found a way to detect an ovarian tumour before it comes cancerous through a simple protein test. The new findings provides hope for scientists in their quest to beat the disease, researchers from Oxford University say.
Doctors often find it difficult to diagnose ovarian cancer because it can grow into the stomach, colon and liver without being visible.

However, if the tumour is detected early enough, it responds well to chemotherapy. But once it begins its journey around the body, it becomes resistant to treatment and is far more likely to kill.

Researchers found levels of a protein – called SOX2 – are much higher in the fallopian tubes of patients with ovarian cancer.
Higher levels are also found in those at risk of developing ovarian cancer – such as those with inherited mutations such as BRCA2 – made famous by Angelina Jolie.

Professor Ahmed Ahmed, from Oxford University, said: ‘Ovarian cancer can be undetectable for up to four years and only a third of people with the cancer get an early diagnosis.

‘A test for SOX2 could not only help detect cancers early but in some cases would enable us to detect a tumour before it becomes cancerous.
‘Early treatment hugely improves the odds for patients, so early detection is essential.
‘However, there is still a lot of work to be done because detecting SOX2 in the fallopian tubes is not an easy task.’

The same researchers also discovered an enzyme – called SIK2 – which enables ovarian cancer to spread.
And once it spreads, it usually makes its way to the omentum – an apron of fatty tissue covering the small intestine.
The most common cause of death in ovarian cancer patients is malnutrition because the growing tumour obstructs the intestines.

Professor Ahmed added: ‘The omentum is rich in adipocytes – fat cells – and previous research found that the free fatty acids produced by these cells increase the spread of cancer.
‘However, we have found that ovarian cancer could only proliferate – grow – in the presence of an enzyme called SIK2, which has a role in ‘burning’ fat to produce energy that is needed by the cancer cells to survive in the omentum.

SIK2 plays an important role in the growth of ovarian tumours, as well as spreading it to the omentum.
A series of experiments revealed the ‘pathways’ which support the development and spread of ovarian cancer.
Professor Ahmed said: ‘SIK2 is an important target for future treatments because it provides cancer cells with energy and also drives their increase in number.

‘Our experiments showed that suppressing SIK2 disrupted these pathways, which in the human body would reduce the possibility of cancer cells spreading and “coming back”.’
Ovarian cancer is the fifth most common cancer for women in the UK, with about 7,100 new cases each year – killing more than 4,000.

While in the US, around 20,000 women are diagnosed with ovarian cancer each year. It is the eighth most common form of the disease in women across the US and the fifth leading cause of death after lung, breast, colorectal and pancreatic cancers.
Lord Maurice Saatchi, who campaigns for better access to cancer treatment, said: ‘By explaining these very detailed processes, the Oxford team are providing maps for researchers working on ways to treat and defeat cancer.

‘The more we understand, the closer we come to beating not just ovarian cancer, but all types of cancer.’
Katherine Taylor, chief executive at research charity Ovarian Cancer Action, said: ‘We need to save the lives of more women by making ovarian cancer treatment more effective.
‘There has been little progress in ovarian cancer treatment in the past 30 years so these findings are promising, and have provided two areas of focus for scientists working on ovarian cancer. Early detection and effective treatment are vital, and these discoveries will hopefully being us closer to both.’, he concluded.