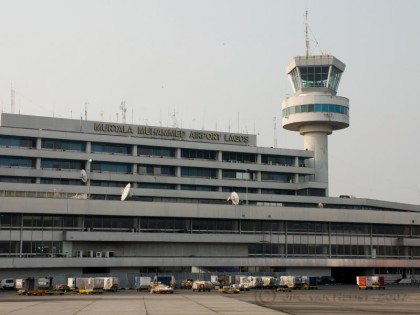 The Federal Government is setting up an inter-ministerial committee on aviation security, aimed at providing modalities for training of aviation security officers, for improved security at airports across the country.

Minister of Interior, Lt. Gen. (rtd) Abdulrahman Bello Dambazau made the disclosure when the Minister of State for Aviation, Senator Hadi Sirika visited him in his office.

Dambazau emphasized the need to secure the nation’s airport and its environs, adding that this is part of border security management, which is part of the mandate of his ministry.

He offered the services of the Nigeria Police Force (NPF) and the Nigeria Security and Civil Defence Corps (NSCDC) in building the capacity of airport security personnel, particularly in the aspect of proper use of arms, in line with international best practice.

On abuses in the expatriate quota policy, particularly by foreign airlines in engagement of pilots and cabin crew members, where such skills are abundant in the country, Gen. Dambazau noted that appropriate measures would be taken to check such abuses, so as to provide employment opportunities for qualified Nigerians.

He recalled the assurance he gave to the Association of Nigerian Pilot, which members raised similar complaints when they visited him recently, noting that Nigerian citizens, with requisite competencies, would merit consideration in job engagements, in line with the expatriate quota policy.

Speaking earlier, Minister of State for Aviation, Hadi Sirika sought the cooperation of the Ministry of Interior in maintain the expatriate quota policy on employment, expressing concern that foreign airlines are recruiting foreign pilots and cabin crew members, whereas such skills and professionals are abundant in Nigeria.

He also requested the assistance of the Ministry of Interior in the training of security officers, to protect the nation’s aviation facilities and users of such facilities.

In another development, while receiving Sudanese Ambassador to Nigeria, Mr Ibrahim Mohamed Ali, the Minister of Interior pledged Nigeria’s cooperation with the Republic of Sudan in areas of terrorism, economy and other bilateral agreement between the two countries.

The Sudanese Ambassador to Nigeria thanked the Federal Government for the cooperation his country has been receiving from Nigeria.