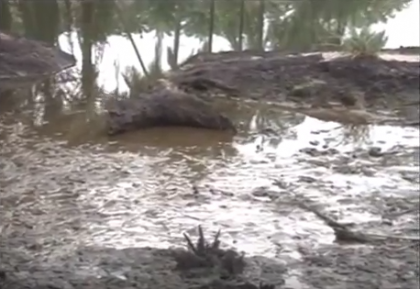 The Federal Government has warned the public to beware as fraudsters are using the Ogoniland cleanup to extort money from unsuspecting people from people of the Niger Delta.

This is contained in a statement issued by Alhaji Isiaka Yusuf, the Director of Press, Federal Ministry of Environment,on Monday.

“It has come to the knowledge of the Federal Ministry of Environment that some dubious individuals may use the opportunity of the project to extort money from the unsuspecting people of the Niger Delta communities.

He said since after the inauguration of the cleanup, the ministry had been consulting with the stakeholders in the Niger Delta with a view to ensuring a proper cleanup.

“Without doubt, we wish to state that the Federal Government in collaboration with other stakeholders in the oil industry is funding the project.

“It has not and will not authorise or contract individuals, groups and or organizations to collect money from the good people of the Niger Delta on behalf of the government for the purpose of cleanup of Ogoniland and other oil impacted communities in the Niger Delta region.

“In view of the foregoing, the ministry hereby warns that anybody, groups or organisations found extorting money from the people for the purpose of the Ogoniland cleanup project will be made to face the full wrath of the law,’’ Yusuf said.

He advised the general public to report anybody, group and or organisation collecting money from people for the cleanup to the police or any other law enforcement agencies.

“The ministry, therefore, takes this opportunity to reiterate the Federal Government’s commitment in ensuring the transparent and successful cleanup of Ogoniland,’’ he said. (NAN)