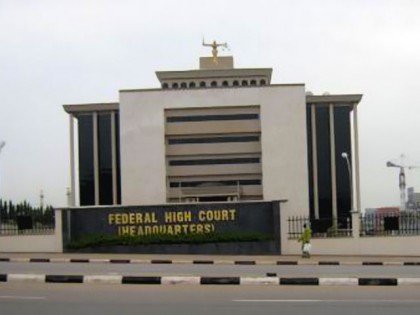 Justice Nnamdi Dimgba of the Federal High Court, Abuja, granted Agbele bail in the sum of N500million which will be forfeited to the Federal Government in the event that he absconds.

He is to provide two sureties, a civil servant of the rank of a Director, a business man or professional in the sum of N250 million each. The accused is to deposit his traveling documents with the Registrar and must not travel without court’s permission.

In a statement through the commissions’s spokeman, Wilson Ujuwaren, he is to be remanded in prison custody pending fulfillment of his bail conditions.

It would be recalled that the Ekiti State Governor’s Aide Abiodun Agbele was arraigned by EFCC on Wednesday, August 3, 2016, before Justice Nnamdi Dimgba of the Federal High Court sitting in Maitama, Abuja on an eleven count charge bordering on conspiracy to launder the sum of N4, 685, 723,000.00 (Four Billion, Six Hundred And Eighty Five Million, Seven Hundred And Twenty Three Thousand Naira).

Abgele, alongside Musliu Obanikoro, a former Minister of Defence for State, Sylvan Mcnamara Ltd, Lt. A.O Adewale, Tunde Oshinowo and Olalekan Ogunseye, all at large were alleged to have laundered monies transferred from the Office of the National Security Adviser with Central Bank of Nigeria, Col. Mohammed Sambo Dasuki (Rtd).