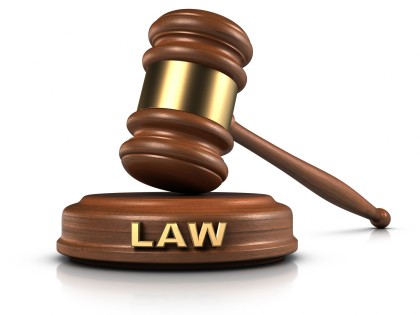 Justice Nnamdi Dimgba of the Federal High Court, Abuja has ruled that the temporary order of attachment granted in relation to some identified assets of the Ekiti State Governor, Ayo Fayose, is not in violation of Section 308 of the constitution.
The judge said the intention of the immunity clause granted to some public office holders is not to shield them from investigation by security agencies for the purpose of obtaining evidence for future uses.

His words: “It is my considered opinion that the order of court, made on July 20, 2016 in respect of some property of the applicant, and within the limited scope and duration within which it was obtained, was duly procured and does not offend the provision of the Constitution referred to,” Dimgba said.

According to the EFCC Spokesman, Wilson Ujuwaren, the judge gave the ruling on August 2, 2016, on an application by Fayose, whose lawyer Mike Ozekhome (SAN), had sought to vacate the order of interim attachment granted by the court on July 20 to the Economic and Financial Crimes Commission, EFCC.
The order was in relation to the EFCC’s investigation of some activities of the governor and some of his associates.

The affected properties to which the order relate, include four sets of four-bedroom apartments at Chalets 3, 4, 6 and 9, Plot 100, Tiaminu Savage, Victoria Island, Lagos, 44 Osun Crescent, Maitama, Abuja and Plot 1504 Yedzeram Street, Maitama Abuja.
The EFCC had while seeking the order, stated in an affidavit accompanying its motion ex-parte that the properties were acquired through proceeds of fraud, which Fayose allegedly got through kickbacks from contractors and other alleged fraud.

It stated that the funds used for the purchase of the properties were said to be drawn from the sum of N1, 219,490,000, which was said to be part of the N4,745,000,000, allegedly stolen from the treasury of the Federal Government through the Office of the National Security Adviser.

Ozekhome, who in his application filed on notice on July 21, hinged his request for the court to set aside the order of interim forfeiture on 10 grounds, argued that the court lacked jurisdiction to entertain and/or proceed to grant the interim order.

He contended that in view of the immunity enjoyed by Fayose as sitting governor by virtue of the provision of Section 308 of the Constitution, he (Fayose) “cannot be proceeded against in a court of law”.

But Justice Dimgba upheld the argument of EFCC lawyer, Andrew Akoja, to the effect that the July 20 order was validly made.