Iwobi and Iheanacho Score In Arsenal Vs Man City Friendly 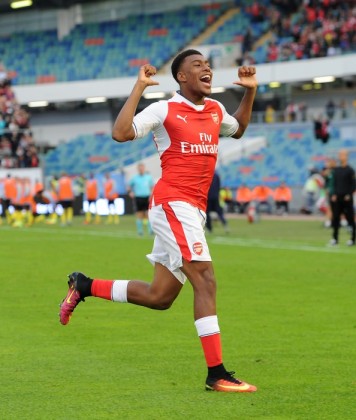 Mertesacker out for a while and Koscielny is still not fit and in a friendlt that saw Gunners win with a 3-2 win over Manchester City, Gabriel added to Arsenal’s worry as he was stretchered off and looked like he will be out for sometime.

Argentine, Aguero converted Raheem Sterling’s cross to put Manchester City in the lead but Wenger’s side would have felt aggrieved after creating the better chances in the first half.

Navas’ picks out Iheanacho unmarked in the Arsenal six-yard box, Kelechi headed in to give City hope. Awful defending from Arsenal. 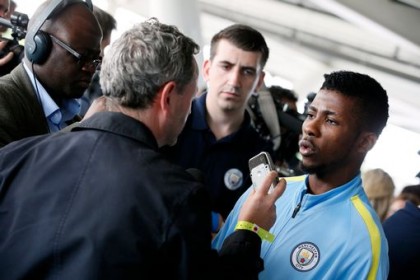 Nigerian Iwobi, Walcott and Akpom gave Gunners all the 3 important goals they needed to beat Pep Guardiola in his first match against Wenger.

After the match the attacking performance of Arsenal will have been a confidence boost for the fans but the Gabriel injury is of greater concern, especially considering the defensive lapses shown in the match today.