Preaching To Be Regulated and Spy On Suspicious Sermons 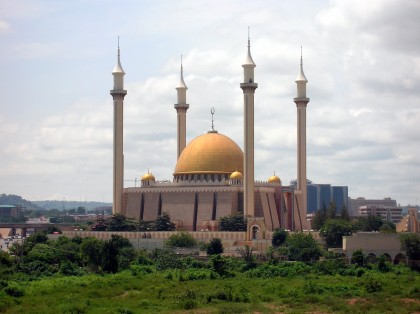 Isa Gusau, Maiduguri: ‎Governor Kashim Shettima on Thursday inaugurated a body of scholars with a mandate of regulating Islamic preaching across the 27 local government areas of Borno State and to also deploy community based system to spy on preachers who may want to spread violent doctrines in towns and villages. Shettima also revealed plans to set up a board that will monitor ‎the proliferation of traditional Islamiyya, Tsangaya or Almajiri and Arabic schools for the purpose of “protecting noble schools from the infiltration by others which may have hidden motives aimed at teaching violent doctrines.”

The Borno State Islamic Preaching Board which is the vehicle, has different scholars from major Islamic denominations comprising the Darika and Izala groups under the Chief Imam ofBorno State Chief, Imam Zannah Laisu Ibrahim Ahmed as Chairman of the Board. All members of the board were present.

At the inauguration ceremony held at the council chambers of the Government House in Maiduguri, Governor Shettima said the State must learn from the history of the Boko Haram which had been defeated at various times by the military only for the insurgents to regroup and resurface in different forms. Hetookd time to give a quick background.

“There is famous saying made by Winston Churchill more than fifty years ago that “Those who fail to learn from history are doomed to repeat it”. Majority of us in Borno State have expectedly been enthralled by the successes of the Nigerian Armed Forces and Multi National Forces in the evident debasing of the devilish Boko Haram terror group. While we celebrate, we however seem to be paying less attention to history. If we cast our minds back as short as ten 13 years ago, we would realize that the Boko Haram group has got the history of being defeated, going underground for some years, regrouping themselves and coming back through different forms.

For the third time, they were defeated by the military but they regrouped as Yusufiyya movement in 2009 with mass followership and high presence in Maiduguri, Bauchi and Potiskum. They were defeated after the July, 2009 crisis only for them to regroup in December, 2010. When they were chased out of Maiduguri between 2013 and 2014, they shifted their horror to local government areas.

The chronicle of Boko Haram’s death and resurrection is one piece of history that should prompt us to remaining totally focused towards ensuring that we do not make the mistake of others in allowing the group to ever return to our midst”
“At all instances of their regrouping, the Boko Haram sect recruited new members, mostly through open preaching to spread their misguided ideology, targeting teenagers. They had leaders who openly preached in mosques and at special gatherings, without showing violence at initial levels.

We must take firm, consistent and knowledge based steps to continuously separate between those clerics who preach in the name of Allah and those who kill innocent souls in the name of Allah. Often times, preachers with violent attention start on normal note, they tend to start by being nice, they exhibit friendship to gain acceptance before they systematically begin to share misguided ideologies in their true colours. The job of theBorno State Islamic Preaching Board is not only to set preaching standard but importantly, to be alert in spotting unusual and suspicious preaching among Islamic clerics. The board must take special attention on new comers into the existing group of preachers in all parts of Borno State.

The Board has to make deliberate efforts to work with community sources across the 27 local government areas of the State in getting information about any form of suspicious preaching not only in urban centres but in villages. We shouldn’t expect Boko Haram to come back using a familiar identity. If they will try to return, they may apply different forms. The Board has to be alert and has to encourage preachers who will use knowledge to change the Boko Haram narrative” the Governor said.

The Chairman of the Board and Chief Imam of the State pledged the commitment of his members with a promise to live to Governor Shettima’s expectations and those of the people of Borno State.

The State Commfor for Religious Affairs, Mustapha Fannarambe said in his introductory remark that Shettima’s action in constitution and inauguration of the Board was in exercise of powers ‎conferred on the Governor under Section 4, subsection 1 of the Borno State Islamic Preaching Board Law 2010.