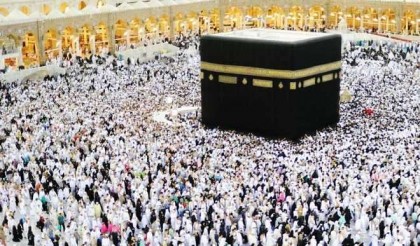 ADAMU Sambo, Abuja: Barely one week after the commencement of 2016 Hajj airlift in Nigeria, the National Hajj Commission of Nigeria (NAHCON, has announced the airlift of about 20,000 Nigerian pilgrims to the Holy Land even as the first batch of Zamfara state contigents prepare to leave Medina for Makkah.

Reports from the various departure centres revealed that the pilgrims airlift is progressing steadily with records of little hitches.

Similarly, there were strong indication that the first batch of Zamfara pilgrims whose flight was inaugurated by President Muhammadu Buhari in Sokoto on the 8th would leave Medina for Makkah after staying the prescribed eight day in the second holiest city.

With the steady progress made so far coupled with the number of aircraft made available for the operation by the airlines, experts are of the view that the airlift may be completed before the closure of Saudi Arabia airspace.

Ilorin Zone which comprises of Kwara, Ondo and Ekiti states with a population of over 2000 pilgrims is expected to conclude it’s operation early morning tomorrow (Monday 15th) with the airlift of remaining 454 pilgrims and officials made up of Ekiti 178 , Kwara 258 and Ondo 18.

It would be recalled that the Chairman/CEO of NAHCON, Barr Abdullahi Muhammad Mukhtar, MON, had promised during the flag off ceremony in Sokoto last Monday to ensure the completion of hajj airlift before the September 4 deadline set by the Saudi General Authority on Civil Aviation(GACA).

NEWER POSTBill and Melinda Gates Donates $1m To Borno State
OLDER POSTHistory of the Gold, Silver and Bronze Medals in the Olympics