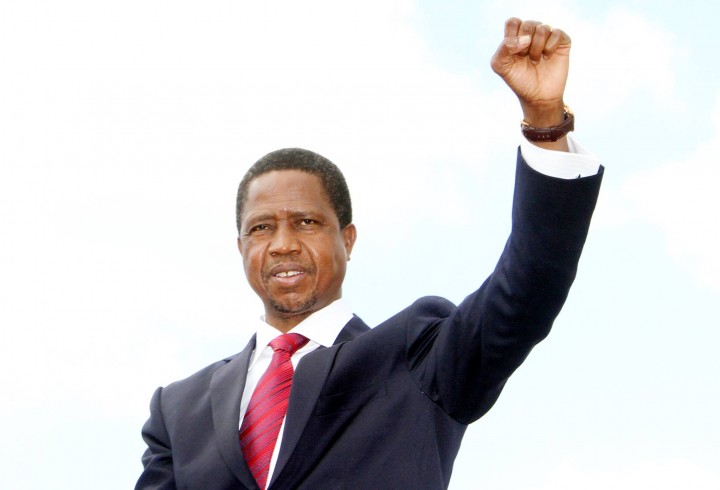 Zambia’s President Edgar Lungu has been re-elected, according to official results, which are being challenged by the main opposition party.

President Edgar Lungu of the ruling Patriotic Front party received 1,860,877 votes, which is 50.35% of the total votes and therefore enough to avoid a runoff election, the election commission said. The main challenger, Hakainde Hichilema of the opposition United Party for National Development, received 1,760,347 votes

Following Sata’s death in October 2014, Lungu was adopted as the candidate of Sata’s party, the Patriotic Front, for the January 2015 presidential by-election. In the election, he narrowly defeated opposition candidate Hakainde Hichilema and took office on 25 January 2015.

Lungu commuted the death sentences of 332 prisoners to life in prison on 16 July 2015 and condemned the massive overcrowding at the Mukobeko prison, calling it “an affront to basic human dignity”.

In October 2015, Lungu ordered a national day of prayer, to prevent further damage to his country’s economy. Top religious and political officials participated, and other public events were cancelled.