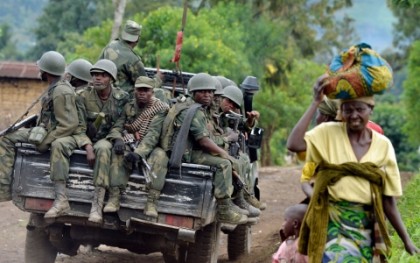 64 people were killed in the north eastern part of Democratic Republic of Congo (DRC) in an attack carried out by suspected rebels.

Mayor of Beni in North Kivu, told the media that DRC troops and local officials recovered the 64 bodies, but the number could rise as the search was still going.

Reports said the victims were “hacked to death”.

The DRC troops is said to blamed the attack on the Allied Democratic Forces (ADF), a Ugandan rebel group known to operate bases inside neighbouring DRC.