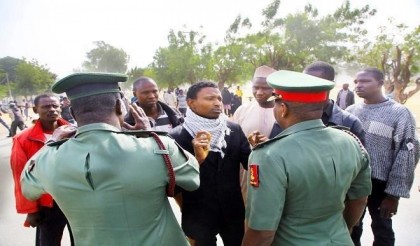 Garba Shehu, Abuja: President Muhammadu Buhari has assured international and local human rights groups of appropriate response over the report of the judicial inquiry into the clashes between soldiers and members of the Shiite movement in Nigeria, led by Sheikh Ibrahim El-Zakzaky.

The President is studying the details of the report before announcing appropriate response in due course.

The President’s commitment to human rights remains unchanged because it is a cardinal component of the democratic order.

It would be recalled that when the clashes occurred in December, President Buhari had told the nation during the Presidential Media Chat that he was awaiting the outcome of the report of inquiry into the incident before making appropriate response.

The present administration believes in due process and the rule of law; therefore any response to the report would follow this principle.

The Federal Government will continue to act in the larger interest of the public to prevent such violent incidents.