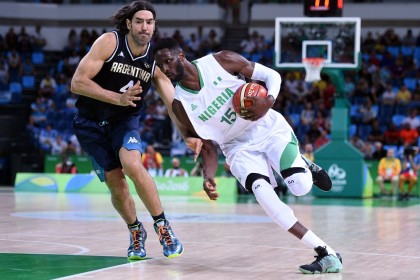 D’Tigers, needing to win their final group game to stand a chance of making it to the quarter-finals failed to keep up with the pace and trickery of the Brazilians.

D’Tigers started with the same team that started the shock victory over Croatia, won the first quarter 16-15 but the Brazilians came back stronger in the second quarter to the end the first half 42-31 in favour of the host nation.

D’Tigers came into the third quarter determined to cut shot the lead – and that they did – as they made 21 points as against Brazil’s 17, ending the quarter 52-59.

But Brazil took control of the fourth quarter scoring 27 points as Nigeria could only manage 17.