US Sends 15 Guantanamo Bay Detainees To UAE, Largest Under Obama

United States says it has sent 15 Guantanamo Bay detainees to the United Arab Emirates which is the largest single transfer done under President Barack Obama’s administration. 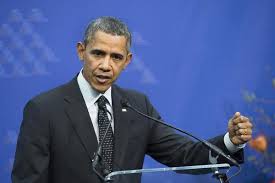 61 at the US facility in Cuba.

Reports say most of the inmates have been held without charge or trial for more than a decade.

This comes as President Obama is said wants to close the prison before he leaves office.