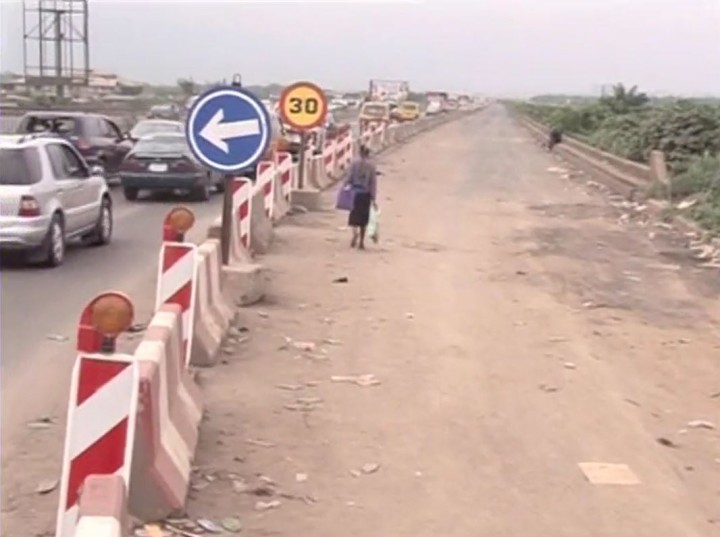 FRSC, Abuja: The Federal Road Safety Corps (FRSC) on Monday directed all construction companies in the country to use the Standard Road Signage code in the nation’s highways and construction sites.

According to Bisi Kazeem, Head, Media Relations and Strategy in a press release, the Corps Marshal, Dr Boboye Oyeyemi, gave the directive while presenting some road signage to Julius Berger PLC and Reynolds Construction Company (RCC) in Abuja.

”We have the responsibility to ensure safety of all roads and in view of the fact that constructions are going on across the country now, we need to ensure their management and safety”

”If not properly managed, it could lead to fraternity by commuters and therefore, we are here to ensure that our roads are safe, especially construction sites,’’ Oyeyemi said.

Oyeyemi, who was represented by Deputy Corps Marshal (DCM), Operations, Mr Adei Abu,said that there was no uniformity and standard sizes of road signage in the country, which posed serious danger on the roads.

This, he said, had called for the production of the correct sizes for all construction companies across the country

”We have come to realise that we need to provide the correct size of signage to the construction companies”.

”In that wise, we have established a signage plant in Gwagwalada Area Council to produce safe signage for all the construction companies across the country”.

”And from time to time, we are going to carry out auditing of the companies to ensure that they comply with the signage we are providing”.

Boboye said that FRSC had the facilities to produce world standard road signage for interested companies.

He added that it was not compulsory to buy from FRSC, ”but as a construction company operating in this country, you must use the correct size and shape”.

The Corps Marshal promised to sanction any company that did not conform with the required standards.

In his remarks, the Assistant Interest Manager, Julius Berger PLC, Mr Trust Ekaje, expressed appreciation for the gesture and promised that his company would make the best use of the signage.

Ekaje also promised that his company would put more signage on the highways, especially at construction sites, to make the road safer while working.

Also, Mr Obogucho Phylus, who represented RCC, thanked FRSC for the gesture and urged the commission to continue with the good work.

Phylus also promised to work in synergy with the FRSC to ensure the safety of the nation’s highways.