4,000 Register For Mass Wedding In Kano 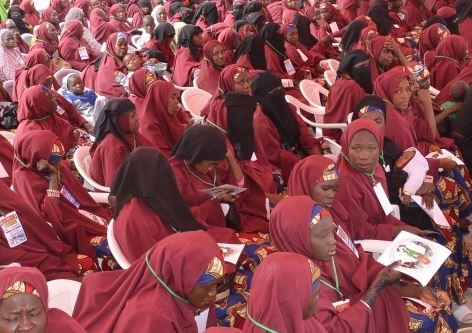 No fewer than 4,395 prospective couples wishing to participate in the Kano State Government’s mass wedding have so far registered for the programme.

The state government had directed the Hisba Board to register all interested prospective couples in the state.

Dr Abba Sufi, the Director-General of the board, told the News Agency of Nigeria (NAN) in Kano on Saturday that7 were registered by Hisba offices in 41 local government areas, and the remaining 1, 278 were registered at the state headquarters of the board in Kano.

He said as soon as the remaining three local government areas submitted their list, the board would write a comprehensive report to the government for necessary action.

Sufi, who was giving update on the registration exercise, reaffirmed the commitment of the government toward ensuring the success of the programme.

“The government is committed to the programme hence its decision to continue with the programme. “The registration is still open to all interested persons as the exercise is still ongoing,” Sufi said.

The registration for the mass wedding began simultaneously across the 44 local government areas of the state on Aug. 8.