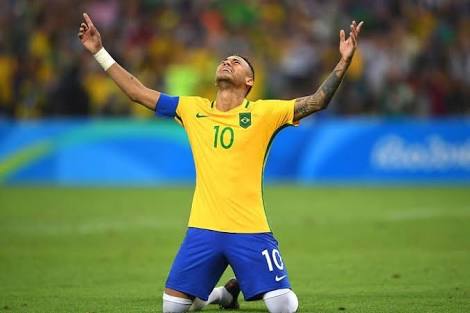 Goals from both the Brazilian Captain Neymar and his German counterpart Maximilliam Meyer proved decisive for both countries as the encounter ended 1-1 in regulation and extra time.

Neymar netted Brazil’s goal in the 26th minute to send the Maracana Stadium agog but the celebration was cut short in the 58th minute when Meyer equalised for the Germans.

The equaliser sent jitters across Brazil as it reminded the host of its previous three Olympics football finals in 1984, 1988 and 2012, when it lost the gold.

The Brazilians kept the pressure but the German defenders gave their all to ensure the Olympics host did not have their way.

The Germans proved to be worthy opponents when they hit the Brazilian crossbar three times in the first half.

The pressure appeared to have paid off when Meyer equalised through a loose ball but both teams kept their own until the referee’s final whistle after 120 minutes, as there was no other goal in the extra time.

Germany opened the penalty kick with a bang and it was at 4-4 apiece when one of its own Nils Petersen, missed his kick.

Brazil’s five penalties were of such high quality and Germany’s goalkeeper, Horn, barely came close to saving any of them before Brazilian goalkeeper Weverton Pereira Silva saved Petersen’s kick.

Attention was focused on Neymar who did not waste time to bury the last kick to end it 5-4 and strike Brazil’s first ever gold in the history of Olympics football after losing three previous finals.