The Federal Government at the weekend opened the Apapa-Ijora Bridge to light traffic as the emergency repair works continues. 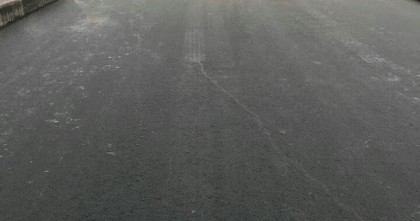 It would be recalled that the bridge had to be shut on Monday, August 8 for emergency repair works on its failed sections and temporary coverage of the failed concrete bridge deck section following an inspection tour and a meeting with stakeholders by the Minister of Power, Works and Housing, Babatunde Fashola.

A statement by the Special Adviser to the Minster on Communications Hakeem Bello, the partial opening was due to consistent attention from the contracting firm, and supervisory work by officials of the Federal Ministry of Power, Works and Housing, work on the temporary coverage of the failed concrete bridge deck section was completed Saturday including the approach to the bridge.

Also completed is the placement of height restriction gantry in order to ensure only light traffic can access the bridge. The bridge is now open to light traffic while repair works continue on the diversions.