The Greatest Ever Olympian In History With 18 Gold, 2 Silver and 2 Bronze 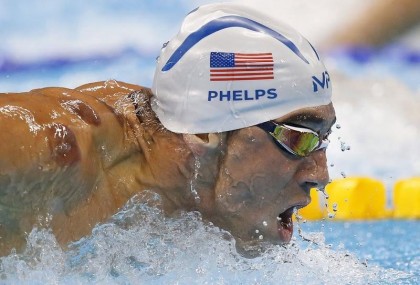 At the age of 15, Phelps became the youngest American male swimmer to compete at an Olympic Games in 68 years. While he didn’t win a single medal at the 2000 Summer Olympics in Sydney, Australia, he would not long become a major force in competitive swimming in the history of Olympic games.

Micheal Phelps is American competitive swimmer and the most decorated Olympian of all time, with a total of 28 medals. Phelps also holds the all-time records for Olympic gold medals 22.

Michael Phelps performances at the 2004 and 2008 Olympics have brought him strong consideration as the greatest ever Olympian. He has surpassed the records of Mark Spitz and Johnny Weissmuller and is considered the greatest swimmer ever of all time.

Over three Olympics, from 2004 through ’12, Michael Phelps won 18 gold medals and 22 medals overall, each total more than anyone ever.

In December 2, 2015. The most decorated Olympic athlete of all time, swimmer Michael Phelps, spoke with the media to make it crystal clear the 2016 Rio Games will be his last. It can’t be any more clear than “100 percent, this is my last one.”

Recalled that after the 2012 London Games, Phelps announced that he would retire but came back in April of 2014.

Phelps won a record 18 gold medals, including eight at the Beijing Games in 2008, a record for most gold medals won at a single Olympics.