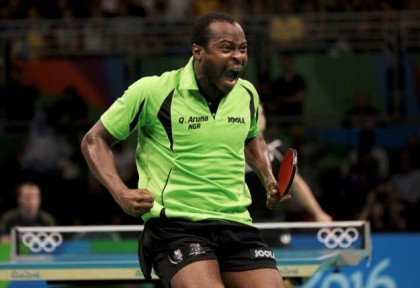 Nigeria Men’s Table Tennis Star to the just concluded Rio Olympic games, Aruna Quadri, has been included in the 20-man list for the Liebherr 2016 ITTF men’s world cup to be held in Saarbrucken, Germany on 1-3 October 2016.‎

According to a release by ITTF, all 20 players invited to the event in Germany competed at Rio 2016, and also earned their places at the world showpiece through continental cup qualification events throughout 2016, plus the current world champion and a wildcard.

Quadri got to the quarter-finals in Rio before losing in four straight sets to Ma Long.