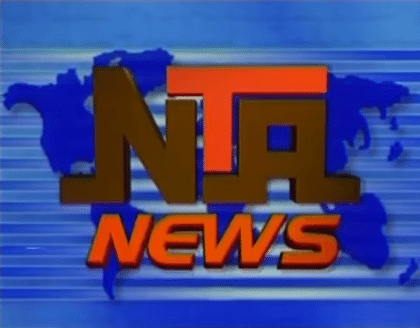 President Muhammadu Buhari is to attend the sixth Tokyo International Conference on African Development [TICAD] in Nairobi, Kenya from august 27-28.

According to the Special Adviser on Media and Publicity to the President Femi Adesina, the summit, co-organised by the Government of Japan, the united nations office of the Special Adviser on Africa, the United Nations Development Programme, the African Union and the world bank, will focus on promoting structural economic transformation through diversification and industrialization; promoting resilient health system for quality life and promoting social stability for shared prosperity.

During the conference, President Buhari will participate in plenary sessions on TICAD in alignment with African development, the dialogue with the private sector as well as the global launch of the second Africa Human Development Report.

The President will also hold a bilateral meeting with the Japanese Prime Minister, Shinzo Abe.

No fewer than 35 African leaders are expected at the two-day high level summit which will also be attended by leading private sector companies from japan. This will be the first time TICAD is being held in Africa since its inception in 1993.

Still from the state house President Muhammadu Buhari has expressed deep grief and sympathy with Italy earthquake that claimed more than two hundred lives in the central parts of the country.

A statement by the Senior Special Assistant to the President on Media and Publicity Garba Shehu says president buhari told the Italian Prime Minister, Mr. Matteo Renzi, the government and the people of Nigeria shared the grief of Italian citizens over this deadly natural disaster.

The President prayed god to comfort the families of the victims and grant them the fortitude to overcome their grief at this emotionally challenging time.

The Alaafin of Oyo Oba Lamidi Adeyemi has applauded efforts by President Muhammadu Buhari at addressing what he calls multi-dimensional problems of the country and solicited the support and understanding of Nigerians.

State House Correspondent Adamu Sambo reports that the monarch stated this at the presidential villa after giving further explanations on a memorandum he submitted to President Muhammadu Buhari on the way forward for Nigeria.
Oba Adeyemi who met the President behind closed doors told newsmen that the memo captures the prevailing socio-economic and security challenges facing Nigeria as well as the pragmatic ways of addressing them.

The Alaafin of Oyo who described the recent visit by the US Secretary Of State John Kerry to Nigeria as a major diplomatic victory for the President, used the forum to thank the Nigerian leader for the bold steps taken to restore order in Ikorodu and Areppo areas of the South-West.
VP @ NCDP Meeting In Kano

And while the President was busy at the Villa in Abuja, Vice President Yemi Osinbajo was officiating at the 15th Joint Planning Board- JPB and National Council on Development Planning- NCDP meeting in Kano.

Addressing the meeting, the vice president said the nation awaits the successful handling of the implementation of governments’ strategic plans by the nation’s workforce towards the attainment of the sustainable development goals.

He maintained that the national strategic plan of the Buhari administration was fashioned towards addressing issues affecting the health and social life of the people, as captured in the United Nations recommended SDGS.

Also at the 15th National Council on Development Planning Meeting in Kano, Emir Of Kano Muhammadu Sanusi the second has described the current economic situation in Nigeria as direct consequences of unfavourable policy decisions of successive administrations.

The Nigerian Export Promotion Council says it will continue to create opportunities for citizens to imbibe the culture of exportation through capacity building training programmes.

Permanent Secretary to the Ministry Of Finance Mahmoud Isa Dutse disclosed this at the close of the monthly Federation Accounts Allocation Committee meeting where 443.66 billion naira was distributed between the three tiers of government as revenue generated in the month of July.

The National Population Commission, in partnership with the International Organization for Migration, has made public a new National Migration Country profile for Nigeria.

The project, covered under the European Union funded national 10th migration projects was presented in Abuja.

Information and Culture Minister Lai Mohammed says the MOU signed with the British Council is a further confirmation of the Federal Government determination to fully develop the Culture and Tourism Sector in Nigeria.

The Minister said this at the signing ceremony in Edinburgh Scotland.

RATTAWU Honours NTA DG And Others

The recently appointed Directors-General of public broadcast media organizations have reaffirmed commitment to give the country standards of media ecosystem that Nigerians would be proud of.

This was at a dinner organized by Executive Members of the Radio Television and Theatre Art Workers’ Union RATTAWU, in honour of the Directors-General and other personalities who have contributed to the success of the union.

Welcome back, from the Niger Delta Region, we hear that more communities are keying into the policy by the Federal Government to eliminate the environmental challenge in Ogoniland with the planned clean-up of contaminated areas.

Nnamdi Odikpo who visited Ogoniland recently reports that like the Government, Ogoni Communties have a very important role to play in a successful clean-up exercise.

Lydia Samson reports that the monarchs made the request in Abuja when they called on the Minister of State Petroleum Resources Ibe Kachikwu.

Trainees of an automobile workshop under the Presidential Amnesty Programme have assembled and presented an 18- Seater bus to President Muhammadu Buhari.

WHO Regional Meeting On Polio

In news from the Health Sector, reports indicate that the recent resurgence of Polio-Myelitis in Nigeria has elicited prompt action at various levels.

On the regional level, Ministers of Health from Lake Chad basin countries have declared the development in Nigeria as a public health emergency for all member-countries, needing implementation of coordinated outbreak response.

This was at the sixty –sixth session of the World Health Regional Committee for Africa meeting held in Addis-Ababa Ethiopia, with Nigeria Health Minister Isaac Adewole in attendance.

Also, following recent report of 2 new cases of polio, the Senate Committee on Primary Healthcare and communicable diseases has held a strategic meeting with healthcare related stakeholders to come up with an appropriate response.

Similarly, in a bid to checkmate possible spread of the wild polio virus that resurfaced in Borno State, the Federal Capital Territory Administration his inaugurated a 35-member taskforce on polio eradication to step up routine immunization in the nation’s capital Abuja which is considered a high-risk area.

Mitaire Ikpen reports that Parmanent Secretary FCTA, Babatope Ajakaiye who inaugurated the taskforce on behalf of the FCT Minister said no community in the territory will be left to chance during the forthcoming Immunization exercises.

Still on health: Health Maintenance Organization (HMOS) have been warned to provide quality service to enrollees or face delisting.

This is coming from the newly appointed Executive Secretary of the National Health Insurance Scheme Professor Usman Yusuf.

Health Correspondent, Rashidat Mustapha Olagunju reports that it was at his management meeting with HMOS on quality service delivery subscribers.

It appears the crisis in the Peoples Democratic Party is far from over, as the factional Chairman, Ali Modu Sherrif screens five aspirants for Ondo Governorship Election.

Meanwhile, a Coalition of Civil Society Organizations comprising alliance for credible elections Nigeria, partners for electoral reform and youth initiative for advocacy, growth and advancement have kicked against political violence across Nigeria while advocating the establishment of electoral offences commission and tribunal to prosecute electoral offenders in the country.

The Australian Government says it will continue to work harmoniously with Nigeria to enhance socio-economic growth of Nigeria.

The High Commissioner to Nigeria, Mr. Paul Lehman said this during his visit to Oyo State.

The incident which occurred on Wednesday’s night involved a team of seven contractors employed by the World Bank on an assessment mission to the Dam in a bid to commence work.

They were moving round to section of the dam when the incident happened.

DSP Alberto Adeyemi, the Police Public Relations Officer of the Ekiti State Police Command, also confirmed the incident that the boat transporting the team capsized, four of them died while three survived.

A Seminarian has been killed and four others seriously injured by suspected armed men in Atakwu Community, Nkanu West Council area of Enugu State.

Governor Ifeanyi Ugwanyi during a visit to the Area gave assurance of a lasting solution to the menace.

While condemning the ugly occurrence, the Interior Minister directed the leadership of the Nigeria Police to ensure that the perpetrators of the act are brought to justice, as this would ensure justice for the victims.

According to a statement by the Press Secretary to the Minister Osaigbovo Ehisienmen,  Dambazau also tasked the Nigeria Police to urgently reactivate its campus intelligence network to see that incidence of this nature is nip in the bud.

He admonished Nigerian youths to avoid taking the laws into their hands, and to adhere to layed down procedures in settling differences, through constituted authorities.

The troops also recovered a bag containing the sum of four hundred and thirty nine thousand naira and some personal items from the suspects.

Preliminary investigation shows that the amount was their share from a paid ransom of a recent kidnap incident.

Similarly, another suspected kidnapper, Jibrin Dakam, was arrested same day at Magama, also in Toro Local Government by the Troops. He is accused of frequently supplying alcohol and other stimulants to the kidnappers.

Acting Director Army Public Relations Colonel Sani Kukasheka Usman says all the suspects are being interrogated before they are handed over to other relevant security agencies for prosecution.

The fifth National Council on Housing Meeting has open in Ilorin, the Kwara State Capital with the Chairman of Council, Babatunde Fashola, calling for the use of made in Nigeria building materials.

No fewer than 66,000 Nigerian Pilgrims will be taking part in the 2016 Hajj Pilgrimage.

A duty considered sacred by Muslims the world over, NTA’S Ahmad Ambali is performing the pilgrimage alongside other Nigerian Pilgrims.

He tells us just what to expect as NTA tells the story of the Nigerian Pilgrim in the   coverage of this annual spiritual journey.

The President in a statement by the Special Adviser Media and Publicity, Femi Adesina congratulates Mbang and members of his family for a rich life lived in the service of God, humanity and the nation.

He commends the courage of his eminence in always speaking out against corruption, praying the Almighty God to grant him good health and more years of service to his fatherland.

He recalls with fond memories his long term relationship with the elder Statesman when he served as Minister of Petroleum.

The President commends Professor David West’s steadfastness and forthrightness on issues of good governance, democracy, human rights and the unity of Nigeria.

He assures the octogenarian that his place in Nigeria’s history is guaranteed for the statesmanship, fearlessness, intellectual depth and versatility that he brought into public discourse.