Owner Of Eko Hotel Banned From Entering US 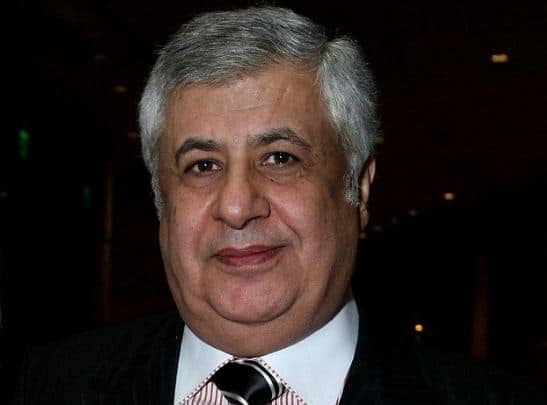 Nigerian-Lebanese billionaire Gilbert Chagoury, owner of the giant Eko Hotel in Lagos and the ground breaking Atlantic City, is no longer allowed to enter the United States.

According to a report by Los Angeles Times, Chagoury had his visitor’s visa denied last summer under terrorism grounds.

Chagoury, who is also a big donor to the Clinton Foundation and has a home in Beverly Hills, California, was denied the visa on grounds that he gave financial support to a Lebanese politician, Michael Aoun.

According to the report, Aoun’s party is in political coalition with Hezbollah, tagged a terrorist organisation by the US.

Hezbollah terror tag stemmed from the double bombings in 1983, killing 63 at the U.S. embassy in Beirut and 241 at a Marine barracks later that year.

Following a WikiLeaks publication, Chagoury’s name has also been an issue in Hillary Clinton campaign for US presidency, with Donald Trump, among others, using his link with the Clinton Foundation to accuse the Clintons of offering favours to the businessman.

The businessman’s trouble with American security officials began in 2010, when he was pulled off a private jet in Teterboro, New Jersey, and questioned by Homeland Security officials for four hours because his name was now on the no-fly list within the United States.

Chagoury later received a letter that said his name was taken off the list and he was now considered a ‘selectee,’ meaning he was allowed to fly, but would receive extra scrutiny.

In 2013 and FBI intelligence report claimed Chagoury sent funds to Aoun, who, in turn, gave the money to Hezbollah. The report said the information was unverified from a source, who also said the Lebanese Christian politician was ‘facilitating fundraising for Hezbollah.’

Chagoury’s name was added to a database used to screen passengers for terror links.

Michel de Chadarev, an official with Aoun’s party, told the Times that Chagoury stopped supporting the politician years ago after a dispute over oil franchises, noting that the billionaire backs one of Aoun’s rivals for the Lebanese presidency.

This all culminated in the State Department’s decision last summer to deny Chagoury a visitor’s visa to enter the United States, citing the FBI report among other sources.

Chagoury was born in 1946 in Nigeria to Lebanese parents, but was educated at the Collège des Frères in Lebanon.

He is married to Rose-Marie Chamchoum,also a Lebanese with links to Niger Republic.

The couple has four children, Ramez, Gilbert-Antoine, Christopher and Anne-Marie.

As a businessman, Chagoury has been a confidant of many African leaders and serves as ambassador of St Lucia, in the Americas.

His business empire has interests in construction, real estate, property development and hotels.

He co-founded the Chagoury Group with his younger brother Ronald Chagoury in 1971. Gilbert and Ronald Chagoury founded C & C Construction in the late 1970s, which was the forerunner of Hitech and ITB.

The family has an estimated wealth of $4.2 billion.