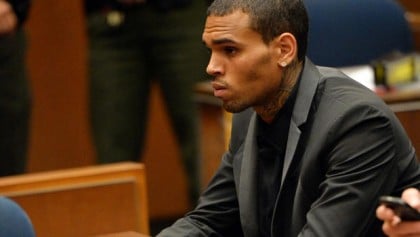 Los Angeles police Lt Chris Ramirez say there was an arrest of 27 years old on Tuesday his known better as Chris Brown was taken to downtown for booking.

Mr. Brown posted on his Instagram that he’s innocent and rebutted reports that he had barricaded himself in his house.

“I woke up and found police outside and that they would need a warrant to enter.”

The arrest came after a lengthy search at Chris Brown’s home after the police received a call from a woman who called 911, police said.

Lt Ramirez said the homicide department of the LADP would investigate the and interview the witness.

Report monitored from the the The Telegraph, Baylee Curran told the Los Angeles Times that Brown pointed a gun at her face in his home early on Tuesday. She says another man at his home and Chris became angry with her when she admired the man’s diamond neckless.

Brown respond in his Instagram “I don’t sleep half damn night, I just wake up to all these… helicopters, choppers is around, police out there at the gate.”

“What I do care about is you are defacing my name and my character and integrity, I had done nothing wrong.”

Recall that Chris Brown assaulted his then girlfriend Rihanna in 2009, and in 2015 he finished a lengthy term of probation, community service and domestic violence classes. He has several similar cases in the past violence related.