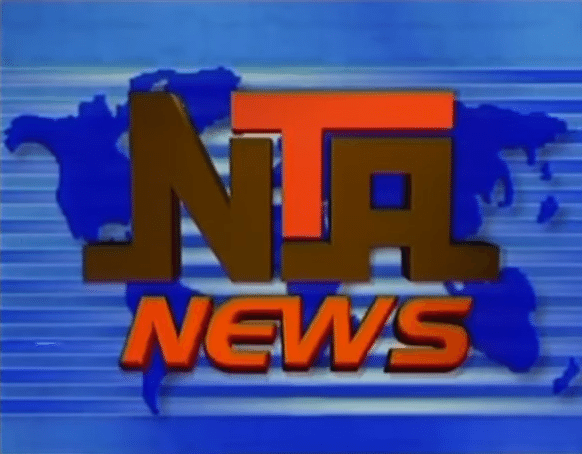 Federal Executive Council Approves Road Map on Mining Development
The Federal Executive Council has approved a new road map for the growth and development of the nation’s mining industry in furtherance of the Buhari’s administration’s resolve to diversify the economy for national prosperity.
Consequently, an independent regulatory agency is to be set up for the mining sector in line with international best practices.
Minister of mines and steel development, Dr. Kayode Fayemi announced this while briefing newsmen at the end of the council’s meeting which also approved four other memos on agriculture, finance and education.

National Bureau of Statistics Data on The Economy
Nigeria’s inflation rate increased to 17.1 percent in July from 16.5 percent in June. The National Bureau of Statistics revealed this in the latest data it released earlier today.
This is the highest rate since October 2005, according to the Central Bank of Nigeria. Also the NBS in a second quarter GDP report stated that a total of 4.58 million Nigerians are unemployed
The report is part of a whole that was released on Wednesday, august 31, 2016 by the NBS which confirmed that the country has entered recession.

FG Expects Better Economic Outlook For 2nd Half Of 2016
the latest gross domestic product, GDP figures for the second quarter of 2016 released by the national bureau of statistics show a further growth in agriculture and the solid minerals sectors.

CBN Reverses Ban on Banks
The Central Bank of Nigeria CBN has reversed suspension placed on nine banks over remittances of 2.1 billion dollars NNPC fund into the TSA.
CBN Deputy Governor Banking Supervision Tokunbo Martins disclosed this at the bank’s headquarters in Abuja after a meeting with body of bank CEOs and Chartered Institute of Bankers.

Ita Enang On FCT Budget
President Muhammadu Buhari has assented to the 2016 statutory appropriation act of the federal capital territory passed by the national assembly.
Senior special assistant to the president on national assembly matters Senator Ita Enang disclosed this to national assembly correspondents in Abuja.

Farmers Embrace Federal Government Agric Promotion Policy
The present administration’s green alternative’s agricultural promotion policy 2016-2020 has been described as the quickest solution to reviving Nigeria’s economy.
This position was the unanimous resolution of members of the all farmers association while interacting with the chief executives of the national biotechnology development agency and that of the Bank of Agriculture.

GMN on Challenge of Pension System in Nigeria
Twelve years after the introduction of the new contributory pension scheme, pensioners under the old scheme are still battling to get their pensions.
Pensioners under the new scheme are also experiencing some difficulties accessing their benefits.
These issues were brought to the fore on NTA’S good morning where guests examined challenges in the Nigeria pension system.

Interior Minister Signs MOU on Immigration Returns
The United Kingdom has reaffirmed its commitment to stand by the Nigerian government in its fight against organized crimes, human trafficking and other challenges in the fight against corruption and boko haram.
This was at the signing of addendum to the 2005 memorandum of understanding on immigration returns between Nigerian government and the United Kingdom.

Africa Focus Day in Sweden
water related ministers in Africa have launched the monitoring and reporting system for the n’gor declaration towards achieving water security and sanitation on the continent.
This was at the high level ministerial panel of the Africa focus day organized by the African union in collaboration with the African minister’s council on water, AMCOW.

Annular Eclipse: Abuja Residents in Dismay
According to the NASDRA, the annular eclipse to be experienced today 1st September, 2016 and people are gathered here in the Obasanjo Space Center where NASDRA Headquarter is cited Abuja with their EU certified Eclipse glasses on, to visibly watch the eclipse as it appears. Read more…

Bauchi Governor Visits Buhari
Bauchi state governor Muhammed Abubakar has formally briefed President Muhammadu Buhari on the healthy relationship between him and some national assembly members from the state.

President Buhari Appoints CEO for NDPHC
President Muhammadu buhari has approved the appointment of Joseph
Chiedu-Ugbo as the chief executive of the Niger-delta power holding company limited, NDPHC.
Until his appointment, Joseph Ugbo, a legal practitioner had acted in the same capacity.
Also appointed as executive director finance and administration is Malam Babayo Shehu who is a fellow of the institute of chartered accountants of Nigeria, while Mr. Ife Oyedele is the new executive director engineering and technical services.
A statement by the director press, office of the secretary to the government of the federation Bolaji Adebiyi stated that the appointments take immediate effect.

IGP Meets With CPS and AIGS
The inspector-general of police, Ibrahim Idris has challenged assistant inspectors-general of police and commissioners of police to discharge their duties and responsibilities with a sense of commitment and guided by respect for human rights to mitigate accusations against the agency.
He said this at a conference to discuss topical security challenges with them in Abuja.

Immigration Screening Exercise Update
The Nigeria immigration service scheduled re-screening of the dispersed 2,000 persons who were illegally recruited into the service in 2015 has commenced.

Turkey Celebrates 94th Victory Day
Turkey is said to be a major target for terrorism and insurgency because of its dedication to the fight against ISIL.
As the country celebrates the 94th armed forces remembrance day, President Recep Tayyip Erdogan in his speech to the event in Abuja, renewed his determination to take necessary steps at home and in the neighboring to guarantee the security of his people.

Social Democratic Party on Ondo Election
The social democratic party SDP says it main focus of campaign in Ondo state is an economic center agenda to meet the aspirations of the people and further strengthen the state’s economic potentials.
The party’s governorship standard bearer in Ondo state Olu Agunloye made this known while addressing journalist at the party’s secretariat in Abuja.

VP Flags off Digital Training for Nigerian Youths
Four hundred Nigerian youths are being empowered in digital skills as part of federal government’s plan to boost innovation among the country’s young population.
Vice Preident Yemi Osinbajo while declaring the Presidency Google digital training open says the people of Nigeria are already witnessing the arrival of the expected future that bears good hope.

Information Minister Meets Sudan Ambassador To Nigeria
Minister of information Lai Mohammed has assured Sudan of Nigeria’s readiness to explore stronger relationship in the area of arts and culture.
The minister was speaking in Abuja when he received the Sudanese ambassador in Nigeria.

Chief of Army Staff at Press Conference in Chad
The Nigerian army has acquired equipment that will facilitate the section and demining of areas infested with mines by the boko haram.
The chief army staff LT.GEN. Tukur Buratai disclosed this during a press conference at the HQ of the multi-national joint task force MNJTF in N’jamena chad.

Chief of Army Staff at Head Quarters of MNJTF chad
A year after the establishment of the multi-national joint task force, it has succeeded in returning peace and stability to border towns in member nations that were affected by boko haram.
The executive secretary of Lake Chad basin commission and head of mission multi-national joint task force Sanusi Abdullahi stated this while receiving the chief of army LT.General Tukur Buratai on a three day working visit.

Book Launch on Boko Haram
The milestone recorded in the fight against terrorism in Nigeria is as a result of the political will of the present administration.

Federal Government On Commodity Export
The federal government has constituted an inter-ministerial committee to come up with modalities that will address frequent rejection of Nigerian produce at the international commodity markets.
The European Union and UNIDO are supporting the project which is expected to further boost the country’s economy.

Fashola Inspects Collapsed Building
The federal government says it is determined to ensure standardization in the building industry, and the creation of opportunities for indigenous builders, artisans and tradesmen.
The minister of power, works and housing Babatunde Fashola, stated this after interacting with the rescue team at the site of a collapsed building in Gwarimpa, Abuja.

Effective Implementation of Alternative to Imprisonment
The Nigerian prison system has continued to grapple with major challenges occasioned by overcrowding and inadequate facilities.
A national workshop on effective implementation of alternatives to imprisonment has taken off in Abuja, in line with provisions of administration of criminal justice act.

Kano Empowers Female Prisoners
In a similar development, the Kano state government has extended its women empowerment programme to prison inmates.
In the first phase of the programme more than ten million naira worth of empowerment and other basic needs were donated to female inmates of kano central and Goron Dutse prisons.

Sultan On Maternal & Child Health
Sultan of Sokoto, Alhaji Sa’ad Abubakar the third has advocated improved synergy between traditional rulers & governments at all levels in addressing challenges of death of pregnant women and children among other social ills.
The sultan made the case at a stakeholders meeting with traditional rulers on maternal health challenges in kaduna.

Ex-Militant on Amnesty Programme
A group of ex-militants from the Niger Delta under the aegis of association of third phase ex-militants has called on the federal government to properly document all ex-militants in the Niger Delta, as a way of addressing restiveness in the region.
Chairman of the association, Wisdom Ibeno Rufus, made the call at a media briefing in Abuja.

Farmers Embrace Federal Government Agric Promotion Policy
The present administration’s green alternative’s agricultural promotion policy 2016-2020 has been described as the quickest solution to reviving Nigeria’s economy.
This position was the unanimous resolution of members of the all farmers association while interacting with the chief executive of the national biotechnology development agency and also that of the bank of agriculture.

Youth & Family Pilgrimage Flag-Off
Nigerian pilgrims have been assured of Better services
From the Nigerian Christian pilgrims commission as there
Will be total overhaul of its operations.
This came from the executive secretary Tor Ujah during
The flag off of the 2016 youth and family pilgrimage to
Israel at Nnamdi Azikiwe International airport in Abuja.

As Live From Stockholm
The 2016 world water week enters day 4 with special focus on Africa today.