News Summary: 2016 Annular Eclipse, Nigerian Army On Future Of The North East, And All You Need to Know Today 2/9/2016 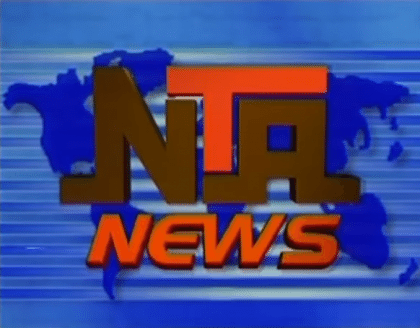 President Muhammadu Buhari has expressed Federal Government’s determination to implement far reaching measures towards entrenching the change mantra to improve the lives of the people with a view to delivering a prosperous Nigeria.

President Buhari who stated this at the inauguration of Osogbo Government high school in Osun State said excessive waste and rent seeking in governance are already being curtailed as fiscal discipline becomes the order of the day.

With a view to keep up with international best practices in the use of ICT tools in crime fighting, the Nigerian Police is embarking on a project on crime data base management.

While applauding the project at the foundation laying ceremony, Vice President Yemi Osinbajo says the Buhari administration will continue to equip the nation’s law enforcement agencies for effectiveness.

The fight against crime and criminality in any society should not be left for the police alone, as every individual has a role to play.

FCT Police Commissioner, Muhammad Mustafa stressed this at the launching of the FCT Police command eminent people’s forum in Abuja.

Ayodeji Abdulmalik reports that the forum was initiated by the acting Inspector General of Police Ibrahim Idris.

Nigerian Army On Future Of The North East

The Nigerian Army says the future of the north east in terms of security is very bright.

The Theater Commander, Major General Lucky Irabor disclosed this in Yola during a familiarization visit to various formations under the Operation Lafya Doles in Adamawa State.

As the ember months start, the Corp Marshal of the Federal Road Safety Corps Boboye Oyeyemi has directed all zonal and sector commanders to commence special patrol in order to bring road traffic crashes to the barest minimum.

He stated this at the strategic session organised for sector commanders in Abuja.

Abuja witnessed annular eclipse with hundreds of residents including children and scientists who converged on the National Space Research and Development Agency (NARSDA), Obasanjo Space Centre, to view the exciting phenomenon of nature.

Mrs Buhari At “Get Involved” Day 4

As the public presentation of the president’s wife get involved programme enters day four, prominent Nigerians have continued to patronize the food items and other essential commodities on display in support of malnourished children in Nigeria.

Notable among them is the Bauchi State Governor, Mohammed Abubakar.

African countries are advocating for home-grown solutions to the environmental challenges facing the continent.

This was during the 2016 edition of the international environmental round table for Africa in Abuja.

The Federal Government has taken a major political step towards actualizing the Sustainable Development Goals-SDGS.

This was the evaluation of participants to the national stakeholders retreat on the implementation of the SDGS in Abuja.

The Federal Government is addressing all barriers to create enabling environment for existing and potential investors to aid the country’s economic diversification process.

Minister of Foreign Affairs, Geoffrey Onyeama said this while briefing the press on the post 6th Tokyo International Conference On African Development- TICAD attended by President Muhammadu Buhari with other African leaders and the Japan Government as well as investors.

In the midst of growing concerns formulating an effective legal framework for peace building and conflict management in Africa became the focus of a forum on policy dialogue for regional economic communities.

The session was at the instance of Institute of Peace and Conflict Resolution in collaboration with some international institutes and non-governmental organization.