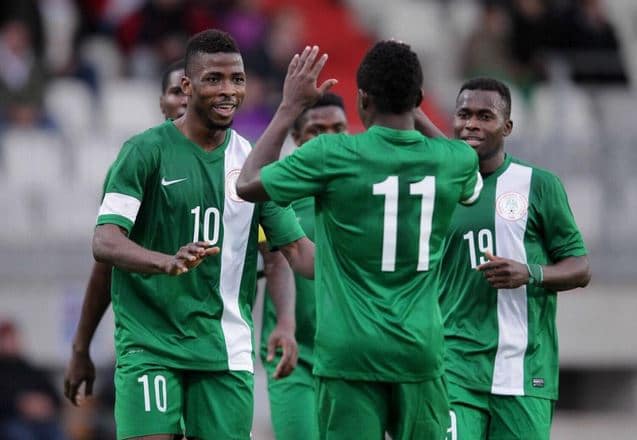 The Nigeria National Team, Super Eagles, have jumped three places up to the 64th position in the latest Fifa ranking released by the world football governing body on Thursday.

Gernot Rohr’s men were ranked 67th in August ranking but improved with few weeks to the commencement of the 2018 Fifa World Cup qualifiers.

With this grading, Nigeria is 14th in Africa ahead of countries like Uganda and Burkina Faso who ranked 65th, 68th in the World and 15th, 16th in Africa respectively.

Even at this move, the Super Eagles are still behind  behind Cote d’Ivoire, Algeria, Senegal, Tunisia, Ghana, Congo DR, Egypt, Congo, Mali, Morocco, Cameroon, Guinea and South Africa on the continent.

Cote d’Ivoire who ranked 34th in World ousted Algeria from the number one position in Africa.

Argentina still remains at the first position, while Belgium, Germany and Colombia occupy the second, third and fourth position respectively.