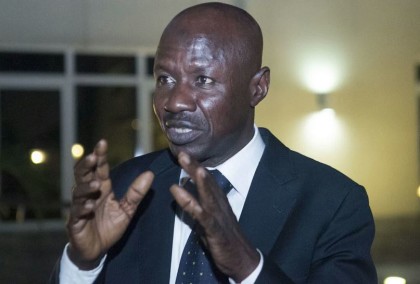 EFCC, Abuja: The Lagos State High Court presided over by Justice Kudirat Jose on 21 September, 2016 convicted and sentenced one Michael Ugochukwu to five years imprisonment on a one count charge of stealing to the tune of N10,500,000 (Ten Million, Five Hundred Thousand Naira Only) property of Patrick Ekeh.

The convict was arraigned by the EFCC in early 2014 following investigation of a petition by one Patrick Ekeh who alleged that he imported a total of twenty eight vehicles for the convict from the United States of America sometime in January 2010 through the Lagos port. It was later discovered in April 2010 when the audit of the vehicles inventory was conducted that all the twenty eight vehicles were sold with the exception of one.

But when confronted, the convict told the complainant that there were still five vehicles left to be sold whose total cost was N10,500,000. The petitioner did all he could to get his money but Michael refused to pay him which compelled him to report the matter to EFCC.

Upon arraignment, Ugochukwu pleaded not guilty and full trial was conducted in which the prosecution led by Chidinma Anita called four witnesses. At the end of trial, the court found the accused guilty as charged and convicted him accordingly.

Justice Jose sentenced the convict to five years imprisonment without option of fine. She also ordered that restitution of the stolen sum be made by the convict.