Warri Wolves Coach Vows To Fight Relegation To The End 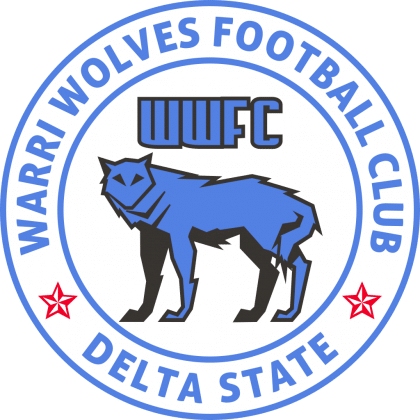 Tunde Oyedele, NPFL: While they battled as foes on the pitch for 90 minutes, Sunshine Star and Warri Wolves coaches had a common ground after the near ill-tempered fixture which the home side won 1-0. They agreed that Wolves could have helped themselves with goals to ease their relegation agony.
But to Mansur Abdul of Warri Wolves, the fight to stay on in the top league can only be declared over after Match Day 38 next Sunday. Mansur after the defeat in Akure that his club’s season is not over yet.
“I cannot say Warri Wolves are relegated for now because nobody knows how the Nigeria Professional Football League (NPFL) will end for now. We still have a match to play, who says other teams such as MFM and Ikorodu won’t lose their last games?
“As it is among the relegation-threatened teams so it is for the top clubs who don’t know if they will win the league”, Abdul told npfl.ng.
As if agreeing with his opposite, Solomon Ogbeide of Sunshine Stars admitted that his side escaped a second home defeat only because the visitors failed to take their chances.

“I must commend the players for staying alive to win the game but we only escaped a home defeat because Warri Wolves failed to utilise their chances”, Ogbeide remarked.In the encounter, Dayo Ojo scored the winner against troubled Warri Wolves for Sunshine Stars to claim a 1-0 win in their last home match of the 2015/2016 NPFL season played with fans locked out. Crowd incidence on Match Day 33 against Heartland led to a decision by the league organisers to order the Akure Gunners to play behind locked gates.

Ojo had earlier missed two goal scoring opportunities during the first half but made amends by heading in a second-half winner as Sunshine Stars moved into fifth place in the Nigeria Professional Football League (NPFL) standings.

The Akure side were already out of the title chasing pack but still maintained their near perfect home run this season that were only dented by a 1-0 defeat to Kano Pillars and a rash of drawn games including those to Akwa United and Heartland.

Alimi Sikiru and his teammates had close to four chances midway into the first stanza but he shot wide just as his mates frittered away in the crucial game.

Warri Wolves were however left to withstand high pressure from Sunshine Stars with the homers creating clear chances before end of the first half as Ossai Uche cleared away to deny their hosts twice.

One of Dayo Ojo’s litany of misses came when a floated ball found his head but his flying header went into the waiting hands of goalkeeper Dele Ajiboye in goal for Warri Wolves.

The half ended with both teams settling for a barren draw and the scoreline didn’t change immediately after the restart. What could have given the empty stadium a lift came when Stanley Dimgba’s header ricocheted off the side post.

Onomado Goodluck of Warri Wolves also had a free kick in a good position but he shot straight against a six-man Sunshine Stars wall, while Dele Olorundare was also a culprit when he failed to act fast with the ball on him inside Wolves’ box.

Temper started rising at a point with seven yellow cards and a red card flying around but Dayo Ojo’s header on 62 minutes went in and finally separated both sides on the Match Day.