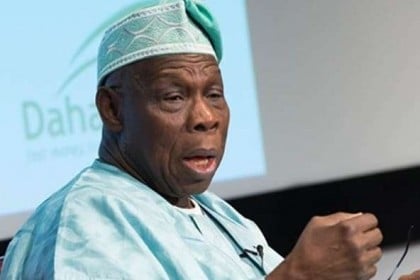 Former Nigerian president Olusegun Obasanjo said he was shocked in 2012, when the Jonathan administration removed the ban on toothpick importation. According to News Agency of Nigeria (NAN), the former President was speaking at an economic forum in Abeokuta, Ogun state.

“I was shocked when the ban on importation of toothpick which we imposed in 1977 was lifted four years ago”,

“How can a nation seeking to rank among the best in the world continue like that?

“We must begin to do away with things that we can do without and if we must import them, let them attract very high duties,” he said.

He said since the nation was not in control of oil, it should therefore diversify and concentrate on the things it could control.

Obasanjo stressed the need to develop agriculture and opposed  policies which tended to turn the nation into a dumping ground for other countries’ products.

Obasanjo who backed the call for the sale of some national assets to raise money, described the proposal  as natural.

“I do not see why 49 per cent of NNPC cannot be privatised.

“I think the problem is in the coinage “selling of asset” as if we want to throw out our inheritance.

“What we are actually doing by that is simply re-organising.

“It should however be done transparently and let it actually go public and not to cabals, relations and friends.

“This is always the fear of Nigerians when issues like this arise,” he said.

Obasanjo expressed confidence in the ability of the Minister of Finance, Mrs Kemi Adeosun, saying that ” she is doing a marvelous job in a difficult situation and that only time can prove her right”.

Adeosun, who spoke earlier, said that the Federal Government had till date invested over N700 billion to stimulate growth in the economy.

“We are working on an economic model that will change Nigeria from being consumption focused to investment focused,” she said.